Who is John Kirtley? 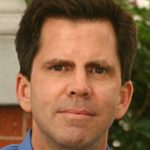