If “arming teachers” can’t be insured, is the debate just a cruel charade?

Wake up Florida. We are being gamed again. There’s a good chance that the whole uproar over arming teachers is just an orchestrated distraction. 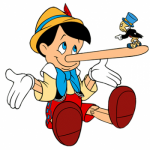 Zero evidence suggests that arming classroom teachers as described in SB 7030/HB 7093 is insurable. Right now, SB 7030/Arming Teachers is on its way to a full senate floor vote.  No one is stepping up to underwrite the enormous liability of putting guns into the hands of classroom teachers with scant training. Out of approximately three weeks of training, only 8 hours are devoted to learning to shoot. Where are the insurance companies for districts, unions or sheriff’s offices on this?

Following last year’s passage of the Marjory Stoneman Douglas Safety Act, Stephanie Luke, Chair of the Lake County school board in Florida had this to say about insurance, “It’s a discussion we’re having with our lawyer and our insurance company,” Luke said, emphasizing that those talks are only at the early stages, as the board does not want to appear that it has come to any conclusions on a new policy. “But it (arming district staff) would be more liability,” she conceded.

It’s disturbing to think that the 2019 Florida Legislature, filled with impassioned debate and often deeply personal public outcry over the obvious insanity of arming a teacher, is a cruel political calculation providing cover for:

“The chances are “60-40,” Thurston said, with the higher percentage going toward the idea that arming teachers would be removed from the bill. The Democrats withdrew several amendments related to the teacher portion of the bill during Thursday’s vote in the Senate Appropriations Committee, citing their agreement.

“If they take that out, there are quite a few [Democrats] who would be willing to vote for it,” added Thurston, a Democrat from Lauderhill.”

The dominant Senate GOP does not need a single vote from the Democrats to pass SB 7030 as is. If the Senate strips language arming teachers from SB 7030, two things happen: Democrats and advocates are granted an improbable victory and legislators get rid of the certain embarrassment that will arise when “armed teachers” cannot be insured.

Last year during the debate over the Marjory Stoneman Douglas School Safety Act, politicians suggested that deaths, injuries and mishaps caused by school staff armed with guns would be covered by Stand Your Ground. This year House Education Committee chair Jennifer Sullivan implied that it was “the entities responsibility” when asked about insurance. Very little of the money budgeted  in 2018 for the Aaron Feis Guardian Program that armed school personnel other than full time classroom teachers has been spent.  Many districts across the state, including Orange County Public Schools ,have approved resolutions not to arm teachers.

The News Service of Florida reports: “From the 25 counties that have decided to arm school personnel, all but one have requested funding from the state —- a total of $9.3 million out of the $67 million that lawmakers set aside for the program this year. Polk County has requested $1.5 million to implement the program, the most of any county. The county’s sheriff, Grady Judd, was a key player in helping shape the statewide program. The rest of the state’s 42 counties have opted out of the program and are not able to tap into the unspent $57 million for other security measures.”

Further, arming teachers has been met with push-back from insurers across the nation.

Kansas passed a law in 2013 that allowed members of school staff to be armed after the Sandy Hook massacre claimed the lives of 20 elementary school children. But five years later, no Kansas school employee has legally brought a gun onto a public K-12 campus.

EMC, which covers most Kansas school districts, immediately sent a letter to its agents in response to the prospect that districts could legally allow teachers to be armed on their campuses. “EMC has concluded that concealed handguns on school premises pose a heightened liability risk,” the letter read. “Because of this increased risk, we have chosen not to insure schools that allow employees to carry concealed handguns. We are making this underwriting decision simply to protect the financial security of our company,” it concluded.

And Colorado was even more direct about the fallacy of arming low-trained staff, “More guns make insurers nervous in other situations, too, said Scott Kennedy, president of CCIG, an insurance company in Colorado. He pointed to the common preference among insurers that nightclub bouncers remain unarmed, while off-duty police officers working security are usually allowed to carry firearms.”

If arming classroom teachers turns out to be a wag the dog scenario that insiders always knew was uninsurable and therefore doomed, advocates and voters should feel betrayed by their so-called public servants. The sheer cruelty of plunging an entire state into a Sophie’s Choice debate over forcing public school classroom teachers to live every day knowing that they or their colleagues must pivot from teaching the students they love to possibly shooting one of them is too much to bear.

First posted on The EdVocate Blog