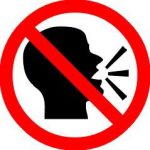 Urge members of the House Education & Employment Committed to vote NO on PCS for CS/HB 51 which is shaping up to be a massive Charter Expansion Train Bill.

As written, PCS for CS/HB 51 is unconstitutional because it:

Take action today! Say no to the deceptive effort of Florida politicians to rob school boards of their constitutionally granted authority.

Florida legislators have tried to pass these concepts for years. In 2018, the politically appointed Constitution Review Commission tried the very same thing when it proposed Amendment 8 be placed on a statewide ballot. This confusing combination of three different concepts directly reflect the 2021 legislative agenda found in PCS for CS/HB 51/SB1028. It contained a deceptive mix of alternate charter school authorizer, school board term limits and mandated Civics. In August 2018, Judge John Cooper ruled that Amendment 8 must be removed from the ballot because it “fails to inform voters of the chief purpose and effect of the proposal.” On September 7, 2018, the Supreme Court upheld Judge Cooper’s ruling, declaring that Amendment 8 could not appear on the ballot.

The issues contained in HB 51 and its related bills have all the earmarks of a Charter School Train bill. We urge you to vote no on PCS for CS/HB 51 and its package of related bills designed to tick the boxes of a pre-emptive charter expansion agenda, regardless of public need.

Your letters will be sent to the House Education and Employment Committee:

Related bills on the agenda tomorrow, 4.15.21, in House Education and Employment are: