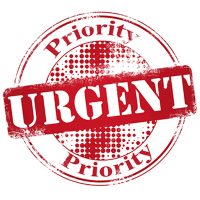 Our kids need you now! Keep writing and calling Gov. Scott to ask him to VETO HB 7069.

Late Monday evening it was officially confirmed that Scott has HB 7069. He has until June 27th to veto the bill or sign it into law.

This is a numbers game. If you called or wrote a week ago, do it again & often. Share this far and wide. The Governor’s office has been reaching out to pinpoint the letters we’ve sent. They are watching the numbers. Period.

If you keep sending letters through this link, they will be counted by the Governor and by us. We can verify how many of you take action and use those numbers to demand a veto.

If the Koch-funded Libre group keeps coercing charter parents to make the most calls and send the most letters, it will significantly impact Scott’s decision.

It’s our choice. We know this is summer. That’s no accident. The architects of HB 7069 – Speaker Corcoran, Rep. Manny Diaz, Rep. Bileca, the Kochs and Jeb’s Foundations are depending on us to lose interest and stop speaking out.

Tallahassee looks more like Washington D.C. every day.  It’s become a place where policy is secretly decided and dictated to others by an elite few who often profit handsomely from setting the agenda.

If just the parents, grandparents, teachers and administrators of Florida’s 2.75 million public school children regularly sent letters and called Gov. Scott demanding that he VETO HB 7069, it could make the difference.

Put your face and name on this issue. Tell Gov. Scott it’s unacceptable to sign a bill that no legitimate parent group, professional administrator or educator supports.

Take action for the future of our children.  All they have is us.

Please donate TODAY. We need your help to pay for this one-click way contact legislators