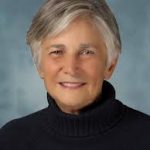 In 2006, as governor, Jeb Bush pushed through a universal voucher plan, which was subsequently ruled unconstitutional by the Florida Supreme Court.

In 2012, Jeb Bush led a campaign to amend the state constitution to remove the prohibition on spending public money on religious schools. The amendment was cleverly called the Florida Religious Freedom Amendment, on the assumption that not many people would oppose “religious freedom.” However, a majority of people figured out that it was an effort to make vouchers for religious schools legal, and the “religious freedom amendment” was defeated 55-45. Probably, had it been honestly named the Vouchers for Religious Schools Amendment, the margin would have been even larger.

Florida now has a large voucher program funded by tax credits to businesses that get large tax write-offs in return for funding vouchers. It is called the Corporate Tax Credit (CTC) program. It is administered by four groups, which collect an administrative fee of up to 5% for their services. The largest of the administrative groups is called Step Up for Students. As of 2012, Step Up had more than $300 million in its coffers at present. By 2014, it reported that it had assets of $439 million. The administrative fee is very significant on assets of this magnitude.

At the time the Fund Education Now brief was written, the voucher was worth about $4,500, far less than the cost of the private or religious schools available to the children of Jeb Bush and other elites. The participating schools are largely unsupervised and unregulated. Numerous evaluations have shown that students in voucher schools do no better on tests than students in public schools.

The reason for CTC vouchers: the assumption that voucher schools are cheaper than public schools, which is true, and save taxpayers the cost of educating children well.