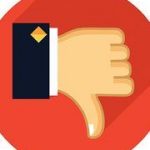 Folks, tomorrow, Wednesday, March 6, 2019 at 10:30A as the Florida Senate Education Committee hears SB 7070. We must  vehemently oppose  SB 7070, a massive “Train Bill” that caters solely to the Koch Brothers and school “choice” lobbyists. We must reject the combining of a massive voucher expansion that will use public dollars within the Florida Education Finance Program to pay for private religious education. This is very thing that was defeated in Bush v. Holmes.  Thanks to the recent DeSantis “fixes” to the Florida Supreme Court, Jeb has been cleared to proceed with dismantling public education.

Watch the Florida Channel tomorrow, Wednesday, March 6, 2019 at 10:30A as the Florida Senate Education Committee hears SB 7070. Look for Marie-Claire Leman of Common Ground and others who plan to testify against this very bad bill.

Tell the Senate Ed Committee members (below) that: SB 7070 should be broken up into individual bills that can be properly vetted and understood. Anything short of this betrays the trust of voters across Florida.

Tune into the Florida Channel tomorrow – look for Common Ground colleague Marie-Claire Leman and other fellow public education advocates a who plan to testify against this very bad bill.

2. Shifts $400M from the failed Best & Brightest into a teacher bonus program

4. Reduces regulations that get in the way of school construction and repairs

Train bills are bad government.  Break up SB 7070 into individual bills that can be properly vetted and understood. Call and write these Senators now. Tell them to vote no on SB 7070.