Update: Not only has Step Up For Students worked in Florida with Betsy DeVos to make low income families the face of  its Corporate Tax Credit vouchers, it turns out that many of these religious schools are practicing state-sanctioned discrimination. The Orlando Sentinel has written extensively about Corporations diverting millions of tax dollars to pay for private school vouchers while at the same time proclaiming to be pro-LGBTQ. You can’t have it both ways.

Public dollars should never fund discrimination of any kind. Florida’s voucher schools are free to discriminate against students and family members for sexual orientation, race, religion, political views, ethnicity, hair styles and anything else they don’t like. Read the transcript of words of Step Up for Students President Doug Tuthill and the truth becomes very clear.

Here’s the post of all the corporations who divert their corporate taxes to this scheme instead of placing them in the state’s general revenue where they could be used to fund any one of the underfunded needs of our state from infrastructure to public education. 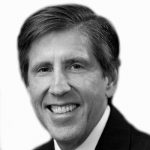 Transcript of comments made by Step Up for Students Doug Tuthill at Berkeley explaining how people of color, especially politicians, have been deliberately targeted to sell Florida vouchers:

Um. There’s a 527 in Florida, a PAC, which is affiliated with the (Betsy DeVos)  American Federation for Children, called the Florida Federation for Children.  One of the primary reasons we’ve been so successful we spend about $1M dollars every other cycle in local political races, which in Florida is a lot of money.  In House races and Senate races we’re probably the biggest spender in local races. Because the Republican Party is fairly solid on our issue, most of the money we’re spending is spent on Democratic primaries.  And so we’re battling in the Democratic primaries and that makes a huge impact.

When we first started we only had one democrat in the entire legislature supported the program.  Now we have almost half of the democrats.

Now we have almost the entire Black caucus and almost the entire Hispanic caucus.  We focus our resources as a tactical priority on high poverty families and so that is another reason we’ve been very, very successful because we’ve make low income families the face of the program.

So, it’s all about parental empowerment.  So, here’s the face, the overwhelming majority of the folks on our program are Democrats.  I kidded at the last election between McCain and Obama, if you put every McCain supporter on our program in a room, you couldn’t have a good poker game.  You know, it’s a very, very strong Democratic audience.

So, if you put those people in the face of Democrats and you say, “How can you deny this parent the right to educate their child in the ways that they need, how can you deny them that tool?  And that’s gone a long way….that and all the money.  You can now run a school for high-poverty families and its financially viable and so you’re seeing an expansion of these programs.

So now you have ministers, all over the state signing petitions saying we love this program, we want this program.  And you guys understand the role the black church, in the black community, in the black politics, right?  So when you go into campaign in the Black churches, you know, you have to talk about this issue. And, so the Black ministers have really flipped the Black politicians.  That’s really brought most of the black and Hispanic politicians over to the program and that’s been huge in term of changing the political backing.”