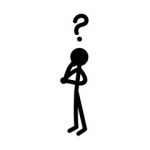 Spectrum Cable News is hosting a rather one-sided “town hall” featuring a lone pro-public education legislator, Rep. Kamia Brown, several educators and a host of “Ed Reform” Choice proponents, including politicians and Doug Tuthill, president of the voucher program, Step Up for Students. The event takes place in Sanford on Tuesday, July 24th from 6p-8p and will be televised live on Spectrum Bay News 9 and Spectrum News 13. This town hall is FREE and open to the public, but those interested in attending must RSVP.

It’s really important to at least watch and listen to this discussion. Public education, which is central to the entire event, will struggle for authentic representation here. That’s too bad, because this stacked deck scenario happens far too often.

In the interest of honesty, Marva Johnson, chairman of the Florida Board of Education is also vice president of state government affairs for Charter Communications/Spectrum Southeast region. Johnson also served on the Constitution Revision commission as its Education Chair, which produced the deceptive Amendment 8 which bundles school board term limits, civics curriculum (which does not belong in the constitution) and a complete stripping of local school board powers to authorize charters freeing the state to launch its plan of unmitigated corporate charter growth. The wording is so misleading, that the League of Women Voters is suing to have Amendment 8 removed from the ballot.