Districts across the state are advertising, desperate to hire teachers. Thanks to the non-stop effort of Florida’s school “reform” agenda, the state has lost veterans by the thousands to self-imposed early retirement and 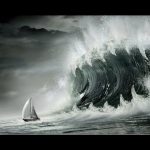 DROP while new-hires routinely conclude the profession is not for them. Florida insists it wants “highly effective” teachers but passes layers of legislation designed to humiliate the profession. By giving high-stakes test scores the power to determine teacher evaluations and doom children, the state is making it clear that 180 days of school work does not count in Florida.  Although the Sunshine State ranks among the lowest regarding new teacher pay, clearly this isn’t just about money. It’s about a gross lack of respect.

So, why is everyone so shocked that there is a teacher shortage?  Given the poverty wages, proscribed teaching to the test, non-stop hostile legislation and heartbreak how could anything but a shortage be the outcome?

Still, the Miami Herald: reports that “it’s a conundrum across the country, and one that is being felt in South Florida: school districts are desperate to fill teaching vacancies, but fewer and fewer young people are going into the profession. Compounded with high rates of teacher burnout nationwide, the United States is facing a widespread teacher shortage.

The teacher shortage is being felt in large and small districts such as the Panhandle counties of Walton and Santa Rosa where, according to the North West Florida Daily News, Superintendent Tim Wyrosdick said he started seeing a shortage about eight years ago. He also noticed less graduates in the teaching programs at local schools. “It’s of a crisis level now,” Wyrsodick said. “We had 14 students graduating from the teaching program at University of West Florida.”

That low number of newly graduated teachers at the University of West Florida is especially interesting since termed-out Senate President Don Gaetz, no friend to public education, wants to be its President.  Faculty at UWF are openly opposed  to Gaetz. Politico reports that, “Chief among the reasons the faculty members dislike Gaetz is that he helped design the state Legislature’s relatively new performance-based funding system…. “Everybody recognizes that the performance measures are so flawed,” said Daniel Pace, a finance professor and president of UWF’s chapter of the United Faculty of Florida.”

Competition is a major Tallahassee buzzword used to justify funding multiple inequitable systems of publicly funded education. Yet the legislated attack on teaching has had the opposite effect as the Miami Herald reports: “fewer students going into education now means there is less competition for teaching spots.”

So now the Orlando Sentinel reports that a new study “A Coming Crisis in Teaching? Teacher Supply, Demand, and Shortages in the U.S.” by the Learning Policy Institute says that finding teachers is getting “tougher.” and that “Florida’s troubles are more acute than in some other states.”

What happens in Education Reform when things get “tough?”  Studies are generated and vendors step in. 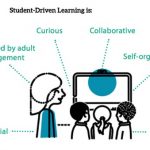 It should be noted that this recent study is no random thing. In March 2016, the Learning Policy Institute, whose director is Linda Darling Hammond, was “one of 12 organizations nationwide
to receive a grant award from the Assessment for Learning Project (ALP) to fundamentally rethink the roles that assessment should play to advance student learning and to improve our K-12 education system. LPI is supporting the California Performance Assessment Collaborative (CPAC), a newly launched pilot project that enables schools, districts, and networks in California to share, research, and document current efforts to graduate students using competency-based approaches.

That brings us to the new Competency Based Education pilot passed by the Florida Legislature and signed into law by Governor Scott this year. Also known as “personalized learning” the program has been launched in at least five districts without parental consent over a 5 year period at which time it will become permanent, giving districts no path to disengage from CBE.  The program is housed in the Florida Department of Education and gives broad authority to the Commissioner of Education to waive rules. The law authorizes Pinellas, Lake, Palm Beach and Seminole Counties “apply” but it fails to acknowledge that both Pinellas and Lake Counties are already funded by the Gates Foundation with at least $2.5M and $7.3M respectively and have been participants since 2014.

As children move at their own pace, learning from the computer and taking adaptive tests, two things happen. The vendor who owns the program is collecting continuous detailed personal student data without consent and the human teacher steps to the background to provide technical assistance. Teachers no longer devise tests, computers do. This makes the entire process high stakes, able to move students forward skipping an entire grade or bump them backward for poor performance.

The Gates Foundation uses a synthesis study by VanLehn to sell the notion that that there is no difference between one-on-one tutoring from a human teacher and an intelligent computer. This is digital education with the goal of achieving an “economy of scale” by eventually removing the very expensive element of human teachers. Sadly, districts seem unaware of the well-documented intent of CBE and are embracing this pilot as a way to fund technology, which the state has failed to do.

High School teacher Michael Godsey wrote a 2015 piece for The Atlantic entitled, The Deconstruction of the K-12 Teacher. In it he notes, that “in 2012, for example, MindShift’s Aran Levasseur wrote that “all computing devices—from laptops to tablets to smartphones—are dismantling knowledge silos and are therefore transforming the role of a teacher into something that is more of a facilitator and coach.” Joshua Starr, a nationally prominent superintendent, recently told NPR, “I ask teachers all the time, if you can Google it, why teach it?” And it’s already become a cliche that the teacher should transfer from being a “sage on the stage” to being “a guide on the side.”

Never forget that the folks who think our public schools need to be disrupted and privatized would never subject their own children to this process. Nothing in the “reform”  effort to privatize public education is accidental. We would be foolish to ignore the likelihood that this teacher shortage is an intentional product of education “reform” itself, meant to pave the way for the cheaper promise of automated personalized learning.

Right now exhausted teachers and understaffed districts are being groomed to accept the “help” of personal computerized teaching from politically-connected shrewd vendors. The question is, can this be stopped?.

Note: A portion of this piece was published in the Orlando Sentinel as part of the Central Florida 100