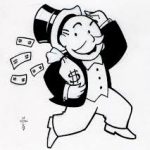 The National Labor Relations Board decided in two separate cases last week that — as far as federal labor law is concerned — charter schools are not public schools but private corporations.

The decisions apply only to the specific disputes from which they arose, involving unionization efforts at charter schools in New York and in Pennsylvania. But they plunge the labor board into a long-running debate over the nature of charter schools: publicly funded, privately run institutions that enroll about 3 million students nationwide.

Charter school advocates have long argued that charters are public schools because they are tuition-free, open-enrollment institutions funded primarily with tax dollars. But union leaders and other critics describe charters as private entities that supplant public schools, which are run by elected officials, with nonprofit and for-profit corporations that are run by unelected boards that are unaccountable to voters.

In its recent decisions, both issued Aug. 24, the National Labor Relations Board ruled that Hyde Leadership Charter School in Brooklyn and the Pennsylvania Virtual Charter School are — like other government contractors — private corporations that receive taxpayer dollars. In the New York case, for example, the board found that even though state law describes charter schools as existing “within the public school system,” the schools were not directly established by a government entity and the people who administer them are not accountable to public officials or to voters.

“Hyde was not established by a state or local government, and is not itself a public school,” reads the board’s majority opinion, signed by Democrats Kent Hirozawa and Lauren McFerran.

The decisions mean that the schools’ employees must organize under the National Labor Relations Act, which applies to private-sector employees, rather than under state laws that apply to public-sector employees.

The board’s lone Republican dissented in each case, opining that regardless of labor law’s definitions of public vs. private employers, charter schools are a part of states’ public education systems. “Charter schools operate as K-12 public schools, they are substantially regulated under state and local laws, and they are overseen by state and local authorities,” Philip Miscimarra wrote in the Pennsylvania case.

Miscimarra said the board should refrain from becoming involved in any charter school cases: The labor board’s definition of public vs. private is so specific that it must be evaluated case by case, creating unacceptable uncertainty for schools and their employees, he wrote: “Based on the approach embraced by my colleagues today, employees concerned about their working conditions will not know what set of rules apply to them or to whom to turn if the employer infringes on their rights.”

Charter schools are still new — the first law allowing charters was passed 25 years ago — and courts and regulatory agencies are still wrestling with whether, and when, they should be considered private or public institutions. Carl Korn, spokesman for the New York State United Teachers, told the Albany Times-Unionlast week that charter advocates use those gray areas to their advantage.

“Charter management claims charters are public schools when they want taxpayers’ money, but use legal maneuvers to hide from public audits, seek to evade the rules that govern public pre-K programs and, in this case, claim they are private schools when it comes to union representational elections,” Korn told the Times-Union.

Todd Ziebarth, senior vice president at the National Alliance for Public Charter Schools, said that the labor board’s decisions are narrow, applying only to the organizing rights of employees at the particular charter schools involved. And he acknowledged that charter schools are not the same as public schools in every respect. They are exempt from many of the rules and regulations that govern traditional public schools, for example; in some places, such as the District of Columbia, they are also exempt from open-records and open-meetings laws.

But Ziebarth said he still believes that charter schools are public schools. And it’s a term that matters, he said: Americans have high regard for the importance of public education, and private schools carry connotations of exclusivity that don’t apply to charters.

“They don’t charge tuition and they don’t have admissions requirements,” Ziebarth said, and they are accountable to public officials in several ways, including through state legislators responsible for the state laws that govern how charter schools are approved and allowed to operate. “These are public schools and part of the public education system.”