In a groundbreaking move, the NAACP Board of Directors ratified a resolution on Saturday, October 15th, adopted by delegates at its 2016 107th National Convention calling for a moratorium on charter school 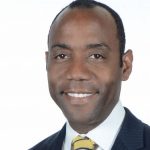 expansion and for the strengthening of oversight in governance and practice.

Since originally adopting the moratorium language in July 2016, the NAACP has been under relentless pressure from a vast array of organizations underwritten by Gates, Walton and others applying media heat and influence from lobbyists. For months vanity sites masquerading as news outlets such as Campbell Brown’s The 74, Bold News and Education Post issued a steady stream of media alerts warning that the “NAACP needs to rethink its moratorium on charters.”  What’s worse, legitimate press from California to Florida printed these stories without any disclaimers, misleading the public.

Further muscle came from the National Alliance of Public Charter Schools, Democrats for Education Reform (DFER) and the Black Alliance for Educational Options (BAEO) who even funded a special project, CharterWorks, to stop the NAACP charter moratorium. Every one of these organizations owes their existence to the billionaires funding the school “reform” agenda.

This action by the NAACP comes as welcome relief to public school advocates who understand that the oxymoron known as “public charter schools” has morphed into a tangle of hedge fund investment opportunities, privatization, for-profit charter developers, massive loss of taxpayer dollars and questions about re-segregation, equity and whether the impact of charters on children is positive or negative.

This isn’t the NAACP’s first foray into questioning the benefits of education “reform.” Both a 2010 and a 2014 resolution reveal the organization’s growing concern.  This year, the Movement for Black Lives issued their own thoughtful position on education “reform” that mirrors the NAACP’s resolution. It should be noted that the NAACP, founded in 1909, is the nation’s largest and oldest civil rights organization.

Here is the NAACP’s amazing release in its entirety:

CINCINNATI – Members of the National Association for the Advancement of Colored People (NAACP) Board of Directors ratified a resolution Saturday adopted by delegates at its 2016 107th National Convention calling for a moratorium on charter school expansion and for the strengthening of oversight in governance and practice.

“The NAACP has been in the forefront of the struggle for and a staunch advocate of free, high-quality, fully and equitably-funded public education for all children,” said Roslyn M. Brock, Chairman of the National NAACP Board of Directors. “We are dedicated to eliminating the severe racial inequities that continue to plague the education system.”

The National Board’s decision to ratify this resolution reaffirms prior resolutions regarding charter schools and the importance of public education, and is one of 47 resolutions adopted today by the Board of Directors. The National Board’s decision to ratify supports its 2014 Resolution, ‘School Privatization Threat to Public Education’, in which the NAACP opposes privatization of public schools and public subsidizing or funding of for-profit or charter schools. Additionally, in 1998 the Association adopted a resolution which unequivocally opposed the establishment and granting of charter schools which are not subject to the same accountability and standardization of qualifications/certification of teachers as public schools and divert already-limited funds from public schools.

Historically the NAACP has been in strong support of public education and has denounced movements toward privatization that divert public funds to support non-public school choices.

“We are moving forward to require that charter schools receive the same level of oversight, civil rights protections and provide the same level of transparency, and we require the same of traditional public schools,” Chairman Brock said. “Our decision today is driven by a long held principle and policy of the NAACP that high quality, free, public education should be afforded to all children.”

While we have reservations about charter schools, we recognize that many children attend

traditional public schools that are inadequately and inequitably equipped to prepare them for the innovative and competitive environment they will face as adults. Underfunded and under-supported, these traditional public schools have much work to do to transform curriculum, prepare teachers, and give students the resources they need to have thriving careers in a technologically advanced society that is changing every year. There is no time to wait. Our children immediately deserve the best education we can provide.

“Our ultimate goal is that all children receive a quality public education that prepares them to be a contributing and productive citizen,” said Adora Obi Nweze, Chair of the National NAACP Education Committee, President of the Florida State Conference of the NAACP and a former educator whose committee guides educational policy for the Association.

“The NAACP’s resolution is not inspired by ideological opposition to charter schools but by our historical support of public schools – as well as today’s data and the present experience of NAACP branches in nearly every school district in the nation,” said Cornell William Brooks, President and CEO of the NAACP. “Our NAACP members, who as citizen advocates, not professional lobbyists, are those who attend school board meetings, engage with state legislatures and support both parents and teachers.”

“The vote taken by the NAACP is a declaratory statement by this Association that the proliferation of charter schools should be halted as we address the concerns raised in our resolution,” said Chairman Brock.