Miami Beach Resolution signals another round of class size manipulation

Once again, folks are messing with the Florida Class Size Amendment. 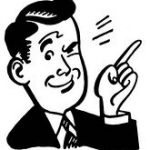 Following the recent urging of a group of “city leaders,” the Miami Beach City Commission passed a resolution, according to the Miami Herald, that asks lawmakers to reverse the “weakening” of the 2002 constitutional amendment that occurred. Those include examples such as a “schools of choice” provision that lets schools avoid classroom counts, and the removal of AP, dual enrollment and other advanced courses from the regulations.

This resolution is promoted as a way to “help” Florida district superintendents “close the loopholes in class size reduction rules.”  Although this sounds helpful, what stands out is the reference to eliminating the class size exemption the legislature offered to “schools of choice.”  Meant as a political way to favor charters, this effort backfired on lawmakers. Districts seized the loophole and immediately began assigning the “schools of choice” label to all their schools, side-stepping class size. Realizing that districts were taking advantage of a perk not meant for them left lawmakers like the termed out Senator John Legg furious. Now classes, including non-core AP courses have ballooned from 25 to 34 or more.

Don’t forget that class size is a constitutional amendment approved twice by a majority of voters to keep Florida public school classrooms capped at consistent levels. Since its passage, Florida legislators have refused to properly fund this initiative. They have repeatedly disrespected the will of the people with at least eight attempts to weaken the amendment through legislation. At the same time, lawmakers pressured districts with penalties for failing to meet these unfunded class size obligations. As a result, districts sought relief from classroom caps in the form of the same “school wide average” exemption unfairly awarded by the legislature to Charters.

So why is a city commission meddling in class size? Politics. Eliminating “schools of choice” will most likely become a bill again during Florida’s 2017 legislative session. None of this conflict would exist if the legislature had simply funded the class size amendment.  Instead students and their schools have endured nearly 13 years of passive aggressive manipulation on all levels.

Small class sizes are a proven benefit to both students and teachers. A recent study released in 2016 by William Mathis of the University of Colorado entitled, The Effectiveness of Class Size Reduction, concluded that:

Class size reduction benefits all students; however, poor and minority students benefit most of all. Small classes can be expected to narrow the racial achievement gap by about one-third.

Despite claims to the contrary by some policymakers, Mathis concludes that reduction in class sizes may prove the most cost-effective school improvement policy overall. In Mathis’ view, money saved today by increasing class sizes will likely result in additional substantial social and educational costs in the future.

All of this means that politicians, unwilling to fund class size, have worked both sides against the middle making sure that classrooms across the state are inconsistent regarding classroom caps, disregarding the intent of the class size amendment. When politicians put money first and students last, we all lose.