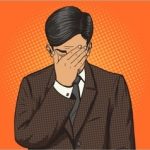 There are 21.6 million people living in Florida. When Jeb Bush’s Foundation for Excellence in Education released a survey of 800 likely hand-picked participants declaring that “the vast majority of voters — nearly 80 percent — believe parents should have education choices (vouchers) for their children” it should have been heavily questioned by everyone. Instead there were several news outlets who simply reported the headline.

A curious reader might have noticed that buried in this so-called survey is the admission that Jeb’s “Ed Reform,” which has dominated Florida policy for twenty years has not worked. Fellow public education advocate Sue Woltanksi pointed out that on page nine, 54.22% of the respondents thought Florida K-12 was moving in the wrong direction.

Further irony can be found on page thirteen, which lists the top three “Biggest Obstacles to Improving Florida’s K-12 Education” as:

The 2019 Florida Legislature seeks to further erode the separation of church and state by pouring more tax dollars into private religious schools via vouchers. They plan to move voucher funding into the Florida Education Finance Program and establish Education Savings Accounts/vouchers where all parents will receive roughly $7,200 to spend on their child’s education.

The survey questions do not disclose that private schools who often charge $18,000 plus per year are under no obligation to accept the voucher amount as tuition, forcing parents to pay the balance. Further, no private school will be required to accept every or any child and is free to discriminate. The survey also coaxes answers about the Florida’s Voluntary Pre-K (VPK) program and its expansion. No mention is made of the lack of accountability or quality in the current VPK program, instead the survey focuses on whether it should be expanded to include Kindergarten and first grade, which are already included in Florida’s K-12 system.

Surveys like this have been used over the past two decades to justify the Florida “education reform” agenda. Here’s the formula:

That’s why the Tampa Bay Times headline: New Florida Survey Shows Strong Support for School Choice raised a red flag. While writer Jeff Solochek disclosed that the survey is from Jeb Bush and based on only 800 participants, the headline and graphic of a Tallahassee “Choice” march depicting hundreds of people bused in by Step Up for Students painted a biased picture.  To his credit, push-back from public education advocates led Solochek to print the more reflective Critics Question Value of Foundations School Choice Survey.

The problem is that the damage is done.

Case in point: This week the Florida Senate unveiled yet another voucher program called the Family Empowerment Scholarship which significantly expands the use of tax dollars meant for public education to pay for private, mostly religious schools in Florida.  The new eligibility for this “low income” voucher is roughly $63,000 for a family of four, which is significantly higher than the average Florida teacher’s salary of $47,267!

To be clear, we get the polling/survey premise that a sample supposedly reflects the whole, but its a stretch to think that 800 hand-selected people could possibly represent the sentiments of 21.6 million Floridians.

The moral of this story is that everyone of us must question the intent behind “miracle” proclamations based on studies, surveys and polls. We need to think critically and ask who benefits, who paid for the work, how is it tied to potential legislation/policy and what is the message to the public?