Two testing bills are central to Florida’s downward spiral defense of its crumbling A-F School Accountability scheme. No discussion of these bills is complete 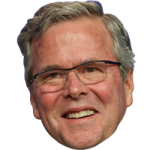 without first acknowledging that the Florida’s high stakes testing experiment should be replaced. Despite this, legislators and lobbyists strive mightily to “fix” what clearly should be abandoned. HB1249 /SB964 by Sen. Bill Montford actually gets rid of tests while HB773 /SB926 by Sen.Flores and Rep. Diaz does not.

Florida School “reformers” know their high stakes testing scheme is a mess. Tallahassee lawmakers are pushing “Fewer, Better Tests” legislation which basically moves the testing window to the end of the school year. The truth behind this Jeb Bush band-aid was exposed at a press conference when a reporter asked bill sponsor Sen. Flores if there would be fewer tests and she admitted “it doesn’t eliminate any.” On cue, Bush representative Patricia Levesque flew unannounced to the microphone overtaking Senators so she could handle comments for the duration, making it clear that Jeb’s voice is the only one that matters.

Fewer/Better Tests HB773 /SB926 by Rep. Manny Diaz and Antiere Flores is a Jeb Bush/Foundation for Florida’s Future production. Both Diaz and Flores make their living working for Academica, a politically connected, for-profit charter management corporation. This bill does four things, none of which result in “fewer, better tests.”  No parent has asked for the content of this bill. Sole support comes from the Florida Chamber, the Foundation for Florida’s Future, Florida TaxWatch, the Hispanic Chamber, James Madison Institute, Florida Coalitions of School Board Members/Education “reform” supporters,Council for Educational Change, Council of 100 and Americans for Prosperity/Koch Bros.

Public Education advocates – plan to speak up for our students and their teachers as these bills progress through committees.