Florida is facing a well-documented teacher shortage due in no small part to some of the lowest wages in the nation. Florida legislators never face the obvious. 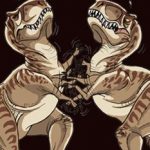 So the Florida House thinks that expanding the $10k Best and Brightest Bonus awarded to teachers who earned high SAT/ACT scores when they were teenagers from $45 million to $250 million is the ticket. If Florida keeps insulting professional educators with schemes instead investing in the value they bring to our communities, the teacher shortage will never end.

As the Miami Herald Reports:

While both the House and Senate are interested in more than quadrupling funding to expand the “Best & Brightest” teacher bonus program next year, only the House actually proposes a dollar figure in its initial budget plan.

Both chambers’ education budget plans were unveiled Tuesday in advance of the full budget roll-out this week.

The House plan calls for $214 million in the 2017-18 budget for the teacher bonuses, up from the $49 million the Legislature allocated this year. But the Senate proposal zeros out the program funding — setting up another year of negotiations over the controversial program.

“That’s part of the process; this is not the first go-around with that in dealing with the Senate,” said Hialeah Republican Manny Diaz Jr., the House Pre-K-12 education budget chairman. “That’s par for the course.”

Senate Pre-K-12 Education budget chairman David Simmons, R-Altamonte Springs, revealed in February that lawmakers on both sides of the Capitol were interested in expanding the “Best & Brightest” program so that teachers could be eligible in more ways than just their SAT/ACT score from high school and so that principals could also qualify for bonus dollars.

Simmons said then the House was exploring potentially $250 million for next year, which he said the Senate was supportive of.

He told reporters Wednesday that not including “Best & Brightest” in the Senate’s initial budget proposal is part of a strategic move to ensure the Senate gets some of its priorities, too, in budget negotiations.

“That’s a matter that we’re going to discuss and I believe when we put our budget together, it’s with the expectation that we will be dealing with that issue,” Simmons said, “and we want very much to accommodate the House on that issue — and that’s part of the give and take. We know that this is important [to them].”

He added: “It’s important to us, too. However, the issue, of course, is there are other things that are important to us.” When asked what the Senate would ask for in trade for the House getting its “Best & Brightest” money, Simmons responded simply: “We want justice and equity.”

While the House and Senate don’t agree on a dollar amount for the expansion, they also aren’t yet on the same page when it comes to the policy language.

The “Best & Brightest” program is a House creation of current Speaker Richard Corcoran, R-Land O’Lakes, which was spearheaded by former Rep. Erik Fresen, R-Miami. The Senate last year was hesitant to expand it for a second year — citing the opposition from teachers’ groups and the lack of evidence correlating teachers’ high school SAT/ACT scores with their effectiveness in the classroom — but the chamber ultimately agreed to do so in a late-session budget compromise.

Diaz released the House’s proposed policy changes to expand the program earlier this month, when the bill still lacked a pricetag. HB 7069 cleared the House Appropriations Committee on Wednesday — its second of only two committee hearings — by a party-line vote, with Democrats opposed. The bill now heads to the House floor.

This year, the House and Senate are looking at multiple new ways for “highly effective” teachers and — for the first time — principals to qualify, such as allowing them to also use graduate school entrance exam scores, like the GRE or the LSAT.

That would greatly increase the number of educators who would be eligible for the money. Diaz said he doesn’t yet have an estimate for how many might be eligible, but he told the Appropriations Committee funding it at $214 million is intended to keep the awards at around $10,000 per person. With those figures, that would be enough to cover bonuses for potentially more than 21,000 teachers and principals statewide.

“The Speaker is committed to putting in these dollars, rewarding these teachers, but if you expand the criteria, you have to make a financial commitment to go along with it,” Diaz said Tuesday.

Democrats still don’t like the premise of rewarding teachers based on assessment scores, and they want the Legislature to use the additional funding to instead find a way to raise the salaries of all teachers.

“We just need to give our teachers raises and stop beating around the bush in how we do it,” said Broward County Rep. Shevrin Jones, D-West Park.

Diaz blasted the Democrats’ opposition. “Here’s a bill that puts $200 million into teacher’s pockets and we’re saying ‘no,’” he said.

Simmons said Diaz’s policy bill demonstrates “a wonderful move to consensus by the House,” because the House previously had not been willing to budge on the criteria for how teachers would qualify for the bonus dollars.

Two policy bills have been filed in the Senate to expand “Best & Brightest” for teachers and principals, but both bills have gotten zero attention so far. And they both have long odds of passing the chamber; each has four committee stops to clear with five weeks left in the 2017 session. (The bills are SB 1410 from Sen. Keith Perry, R-Gainesville — which is identical to Diaz’s bill — and SB 1552 from Simmons.)

Simmons said it’s “a little premature” to say those bills won’t go anywhere. He said he “looks forward to being able to round out the rough edges” of the new, expanded criteria, and the Senate also wants to include some of Gov. Rick Scott’s ideas for teacher incentives, which the House plan doesn’t include.

However, if the House and Senate can’t compromise on the policy differences as the end of session nears late next month, the “Best & Brightest” program could still expand in 2017-18 even without formal legislation.

Lawmakers could detail the policy in proviso language in the budget — which is what they did in 2015 when the program was created and again last year when policy bills stalled in the Senate.

“There is always that possibility of becoming a one-year fix, like it’s been before,” Diaz said. “So that’s on the table. I don’t know if it’ll get to that point or if it will be the bills; right now, everything is up in the air, and we have those options.”