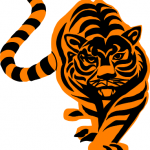 Editor’s note: This post was submitted to the EdVocate Blog by a veteran Florida teacher whose identity must be protected for obvious reasons but whose insight, knowledge and willingness to speak out is heroic in these times.  Here’s to the truth that must be told and the insiders who step up to tell it.  Here’s to this teacher for sounding the alarm on the risks of “replacing humans with laptops” and “harming students in our zeal to elevate metrics.”

I work in one of the largest school districts in North America, in one of the battleground states over public education.  While most of the conflict I’ve seen in my career has been political (vouchers, charters, “choice” as a euphemism, school grades, pay-for-performance, anything else elected officials can dream up to get their fingers into the financial prize of the public education tax trough) a fair amount comes from within.  It’s hard to defend public education when the stakeholders who are supposed to support classroom instruction suck just as badly as the clowns in the Legislature.

Not to paint too broad a stroke on it, but often as individuals elevate out of classroom roles, they lose sight utterly of what instruction should mean.  I’ve seen two major shifts in the past fifteen years, both of which had promise, both of which have caused me deep concern:  first, the transition from “administrator” to “curriculum expert/teacher manager” in our leadership, which I will discuss further elsewhere, and second, and more insidiously, the embracing of educational technology.  The effects on children (and employees) might surprise those not currently in classrooms, but they are worth discussing, and perhaps reconsidering.

I have deep concerns about the wholesale embracing of educational technology at the expense of what is developmentally appropriate for children, and it seems no coincidence that the alarming empathy deficit of our culture today might parallel the ongoing fascination with all things digital.  Anecdotal evidence isn’t enough, certainly, but now actual scientific studies are backing up what we teachers have known for a while—attention spans, eyesight problems and increasing headaches, and lack of information retention all correspond to one-to-one digital instruction.  It’s not the panacea we were sold.

My district embraced digital tech early and with tremendous speed.  The digital rollout took a few short years, starting with some schools that had iPads on carts with pre-approved software loaded on to each device and culminating with almost every single child in a massive school district with a laptop of his or her own.  I love technology and use it regularly; as a free-lance writer and editor, my laptop is attached to me in every non-teaching hour I have, and as a social media addict, my phone is with me often as well.  I use technology for my job, for information acquisition, and for entertainment, and I think it has its usefulness in the modern age.  Should kids learn how to use technology, down to software, hardware, and coding?  Absolutely.  Should every bit of instruction come on a computer?  Absolutely not.

Let’s talk logistics first.  I work at a “good” school with a lot of amenities.  Our kids are well-fed, well-supplied, and well-shod.  They all have their laptops and most of them remember to charge them before school.  In a good week our internet will go out no fewer than three times.  We get repeated emails from the district apologizing for the inconvenience, but when the internet goes down, everything stops.  We were told to have “back up plans” on paper but with copy limitations (some schools don’t allow photocopies at all, or only at teacher expense) and with fewer textbooks (some schools have replaced all of their textbooks with the digital version) that only goes so far.  And if a student has a presentation, a lab, or an iReady module to do, and the internet goes down, what then?  Interruptions in instruction impede learning, cause frustration, and slow the process.  We have the laptops but we don’t always have the infrastructure to support said laptops.  Testing season is always a nightmare.

Okay, let’s assume everything is clicking along and working—wireless is functional, everyone is charged up and ready to go, kids know how to rudimentarily type.  What then?  We have created a dystopia of individualized learning that fosters distraction, entertainment, and impeded social skills. We have LanSchool to block websites and ensure kids stay on task yet I met a fourth grader who got around LanSchool in less than ten minutes.  Most of our kids who struggle with comprehension can still manage to get around a firewall. The current middle school obsessions are Snapchat and shoe design, and students will find any way to shift from Nearpod to something more enticing. Tired of the current module?  Two clicks and you’re designing Adidas kicks.  Teachers are in a never-ending battle to keep students focused, while simultaneously being judged on student engagement.

One other issue I find particularly disturbing is the silent classroom.  I mentored a teacher recently to offer suggestions on professional development and found an eerily quiet room, every student on a laptop with earbuds listening intently to a tutorial.  100% engagement by modern metrics, but zero relationship building, zero chance to interact meaningfully, zero opportunity for teacher-student interaction.  I asked the instructor if this was the norm and he said, “Yeah, it’s great.  They do their thing and I just have to grade it.”  This may not be the norm across the school or even in typical classrooms but we are seeing students becoming more withdrawn and introverted and this type of “instruction” exacerbates the problem.

Digital technology is here to stay, but we need a way to blend the innovation and modernization of classroom tools with the so-called “soft skills” employers crave.  Kids need to learn cooperative play, verbal and listening skills, executive functioning and management, and social interaction fostered by actual, you know, conversation.  Ideally a blend of activities would be encouraged by administration to allow for multiple learning styles and maximizing student growth, but I keep hearing about teachers “dinged” for not having kids on computers.  One teacher who has AP classes (which require paper-pencil testing at the end of the year) was told to have the kids online to best reach performance benchmarks, but the actual testing instrument isn’t online and the students need to practice the physical effort required to generate handwritten equations and explanations.

To be clear, and I know I’m rambling now—I am no Luddite nor am I against the advancements of technology.  I am against doing things to students that are repeatedly shown to be developmentally inappropriate or not an actual best practice according to child psychologists.  I am against jumping on every new bandwagon that rolls out just because we can.  I am firmly against buying every new private program or application just because someone downtown falls for the sales pitch.  I am against replacing humans with laptops or iPads, and I am against harming students in our zeal to elevate metrics, elevate test scores, and make our district leaders win awards.

The ideal classroom is a buzzing hive of activity with a blend of options and resources, child-centered and focused on creating a safe, supportive and warm environment in which children feel valued and challenged.  Digital technology is not the enemy.  Mandatory implementation and robotic compliance to district initiatives, however, has landed us in a world where I fear for our students.