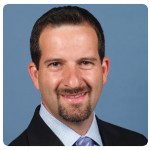 In the aftermath of the election, it’s time for a gut check. Many of the most hostile incumbents are returning to office with marching orders to keep pushing a computer based, data obsessed privatization agenda meant to “disrupt” the delivery system of the American dream. We don’t have the luxury of taking our eye off the ball. Our kids don’t get another swipe at 3rd grade, middle or high school.  As parents, we know that when the fight is at its darkest; our love is often the only available light.

Incoming speaker Richard Corcoran has made no secret that he loves vouchers, charters and deeply flawed, unfair programs such as the Best & Brightest $10K bonus which rewards teachers for teenage test scores. He recently announced his committee chair choices. Every single legislator on his list received solid Fs for years from Fund Education Now for their pro-privatization public school “reform” votes.

The new education chair, Rep. Bileca is well known to public education advocates. From the Tampa Bay Times: “Bileca led the House Choice and Innovation subcommittee in the 2014 term. During his tenure, he has sponsored such measures as the “parent trigger” and voucher expansions. He’s also a proponent of the Best and Brightest teacher bonus, based partly on educators’ SAT or ACT scores, which Corcoran has championed.

The speaker-designate did not appoint a chairman for education appropriations. The name of Rep. Manny Diaz, who won a hotly contested race Tuesday, has been bandied about.”

Rep. Diaz is employed by for-profit charter chain Academica and he received generous campaign contributions from the DeVos-affiliated pro-voucher American Federation for Children PAC.  In fact, 21 legislators who play key education roles have also gotten cash from the group.

John Kirtley of Step up for Students serves on the board for both the Florida and American Federation for Children PACs. His group has bragged for years about their influence on legislators and school board members. Read the 2016 list of legislators here.

It’s a process, but this is why we need to clearly understand who these legislators work for. More often than not, it isn’t us.