Failing our kids: 50% of all low-graduation schools are Virtual & Charter 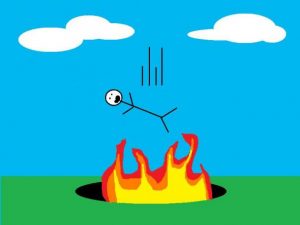 A new report issued by Johns Hopkins University, Building a Grad Nation: Progress and Challenge in Ending the High School Dropout Epidemic has found that charter, virtual and alternative schools are failing to graduate huge numbers of students compared to district schools. Lynn Hatter, WFSU notes: “Researchers found 52 percent of the nation’s low-graduation-rate high schools are charter, virtual and alternative high schools. And while these schools account for only eight percent of student enrollment, 20 percent of high school students who don’t graduate on time attend these schools.”

Hatter goes on to note:”Florida has one of the highest rates of non-graduates in alternative settings. The study found that among the 200 low-graduation rate high schools in Florida, 49 percent were alternative schools like virtual and charters.”

Florida has spent nearly two decades pushing one reform after another, tossing vendors hundreds of millions in tax dollars to drive the privatization of public education. Nowhere has this effort been more aggressive than in the unfettered expansion of for-profit virtual and charter school chains. The original concept of filling a specific unaddressed community niche has been supplanted by the deceptive notion of “choice.”  It’s the symbiosis of Friedman’s free market economics cynically marketed to unsuspecting parents who each have a unique understanding of what “choice” means.

Case in point: The Palm Beach Post recently reported, “At both Learning Path Academy in West Palm Beach and Belle Glade Excel Charter School, not a single third-grader managed to pass the reading portion of the Florida Standards Assessment this year, according to test results released last week…Both schools are small and educate large numbers of students from poor families, many of them with learning disabilities or language barriers.  But the fact that neither school could get a single third-grader to score at grade level stunned the director of the school district’s charter school department.”

As much as “reformers” like to paint public schools with a post-industrialized factory brush, it is their vision that most closely resembles the miserable, one-size-fits-all assembly line of standardization. In Florida, as in other “reform” states, the harshest judgement always falls on the lowest quartile.  Students, teachers, parents and districts have become the scapegoat for everything from lack of “bootstraps” to weakness in the face of the known effects of institutional poverty, incarceration and little or no access to healthcare.

In fact, school “reformers” uniformly object to the idea of investing in known supports that improve lives and foster better student outcomes. Why? It’s not “scalable,” meaning it’s not profitable. The reality is that it can cost millions per year per school beyond a state like Florida’s meager per pupil funding to bridge the gap and fully embrace students on their quest to become fully-engaged healthy members of society.

The report, which revolves around the hope that the new freedoms given to states by the Every Student Succeeds Act will result in smarter approaches to public education doesn’t acknowledge the deep damage that’s been done to public education by the school reform/privatization agenda. It’s a “you can’t have your cake and eat it too” moment.  The very observations made by Johns Hopkins are a direct result of flawed legacy of NCLB and the deliberate, continued refusal of states to place equal value on the future of every child.  As long as this discrepancy exists, our children, our society will suffer.

For many public education advocates, the Johns Hopkins report is not news, just a confirmation of what has been evident all along. “Choice,” such as virtual, charters and alternative schools, is a business model that preys on parental fear to justify using finite tax dollars and corporate greed to build multiple, often mediocre, seats for every child. “Reform” will never do the heavy lifting required to make real differences in the lives of children.  The false narrative that “every child deserves to reach his/her God-given potential,” is a betrayal of more than 20% of our children who stand doomed on the precipice of adulthood year after year without a high school diploma.

Please help us continue to fund this work.