Citizens for Strong Schools loses appeal, court says public is on its own 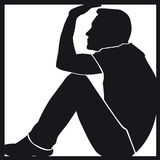 folks when legislation does not line up with language in the state constitution. In other words, everyone is on their own.  Fund  Education Now is among several plaintiffs in the suit filed in 2009 by the Southern Legal Counsel charging the state with failing to meet its “paramount duty to provide a high quality, uniform, efficient, secure and safe free public education as stated in Article IX, section 1 of the Florida Constitution.  A new appeal is currently under consideration.
Attorney Jodi Siegel of Southern Legal Counsel issued this statement:

“Unfortunately, the First District Court of Appeal in Citizens for Strong Schools ruled that the courts have no authority to review whether the State has met its paramount constitutional duty to provide a uniform, efficient and high quality system of public education. By holding that the case presents a “political question,” the court essentially has allowed the Legislature absolute freedom with no accountability.  We disagree and believe that the Florida Constitution, which provides the strongest education language in the U.S., demands more.”

The ruling reads as if the courts have no authority over whether or not elected officials or a bureaucracy like the Department of Education follows the constitution and worse, the public has no legal recourse.  Read this excerpt from the ruling in the Tampa Bay Times:

“There is no language or authority in Article IX, section 1(a) that would empower judges to order the enactment of educational policies regarding teaching methods and accountability, the appropriate funding of public schools, the proper allowance of charter schools and school choice, the best methods of student accountability and school accountability, and related funding priorities,” Chief Judge Bradford L. Thomas wrote for the court.

Words such as “high quality” and “efficient” are political aspirations, Thomas wrote. They do not provide courts with sufficiently objective criteria to judge the actions of a co-equal branch of government, he stated.

The debate over how to best educate citizens has endured for centuries, and across civilizations, Thomas observed.

“In a republican form of government founded on democratic rule, it must be the elected representatives and executives who make the difficult and profound decisions regarding how our children are to be educated,” he wrote. “Absent specific and clear direction to the contrary in the supreme organic law, which does not exist in Article IX, section 1(a) of the Florida Constitution, we uphold the trial court’s correct ruling that such decisions are not subject to judicial oversight or interference.”

It’s disturbing that the court views the Florida Constitution, supposedly an expression of the will of the people, as a document with so little power. A fact that is underscored by the current Florida Constitution Review Commission staffed by political appointees charged with proposing amendments comprised of policies that would have difficulty in the Florida Legislature.