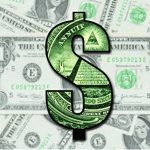 The number of children using a state scholarship to attend religious or other private schools in Florida soared by 21 percent last year to about 140,000 — the largest increase since the voucher programs started more than 15 years ago.

No one has been more central to that growth than Tampa venture capitalist John Kirtley.

He influences an interconnected network of school-choice advocates, corporate donors and an aggressive effort to elect school board members and legislators who support his vision to remake public education in Florida.

Even Kirtley’s critics say he has masterfully executed a plan that combines nonprofit work with big campaign checks — at the expense, some say, of traditional public schools.

“His impact on private school vouchers in Florida has been enormous,” said Kathleen Oropeza, co-founder of a group of parents who sued the state and lost over what they saw as inadequate education funding. “Vouchers must be spent on private schools and services. So the loss of funding to traditional public schools is significant and deliberate.”

Florida’s scholarships were the subject of an Orlando Sentinel investigation in October called “Schools Without Rules,” which examined how the state is sending nearly $1 billion this year to 2,000 private schools that operate with little state oversight.

Prompted by the Sentinel stories, a House education committee will take up the question of private school oversight in a hearing Wednesday. A new proposal before the 2018 Legislature supported by House Speaker Richard Corcoran would expand the voucher program, allowing any child who is a victim of bullying or intimidation to receive a scholarship to leave a public school for a private one.

Children from low-income families are eligible for the Florida Tax Credit Scholarship, and many live in impoverished neighborhoods where public schools are often criticized as failing. Others receive the McKay or Gardiner scholarships because they have learning or physical disabilities.

In its series, the Sentinel found teachers without college degrees and some with criminal records, schools without computers or other technology and administrators who falsified campus fire or health inspection documents. Despite those problems, state education department inspectors visited just 22 of the 2,000 schools last year.

What’s more, unlike public schools, the private schools don’t have to administer Florida’s annual standardized tests or even disclose the results of the tests they do give students.

Kirtley says he is driven by a mission to give every parent the chance to choose where their children go to school.

“My dream is that someday every low-income parent will be empowered to find the right learning environment for their children,” Kirtley wrote in an e-mail. “Parents of adequate means already have choices.”

Known for starting the statewide tax credit scholarship with then-Gov. Jeb Bush in 2001, Kirtley personally has given more than $1.6 million to political candidates and committees in Florida since the late 1990s. He’s written checks for $102,000 so far this year, including $10,000 this summer to a committee for Corcoran, who is widely seen as a Republican candidate for governor in 2018.

Kirtley’s political committees, the Florida Federation for Children and the Florida Education Empowerment PAC, are even bigger spenders, giving nearly $5 million since 2010 to support or defeat candidates for the Legislature or local school boards.

He also founded Step Up for Students, the main contractor paid by the state to administer most of the scholarships.

“I am totally agnostic where parents decide to send their children,’’ he said. “ … But there are some children who will only make it if they are educated in a school that isn’t run by the district, and I think these options must be on the table.”

Kirtley started KLH Capital, a private equity firm in Tampa. He also serves as vice chairman of the American Federation for Children, a national group that pushes for school choice once led by Betsy DeVos before President Donald Trump appointed her U.S. Education Secretary this year.

Political spending by Kirtley and his committees has helped elect school board members, including the opponent of Diane Smith, a member in Volusia County who was incoming president of the Florida School Board Association, which legally challenged the tax credit scholarship program.

The group also successfully backed Sen. Darryl Rouson, a scholarship supporter, in a closely watched Democratic primary in Tampa. But the group also saw some candidates it backed lose, including opponents to Democrats Sen. Randolph Bracy in Orlando and Sen. Gary Farmer in Fort Lauderdale.

“He has a very strong relationship with the leadership here in Tallahassee,” he said.

Kirtley started the committees, he said, to combat spending by the teacher’s union, which spent about $2.7 million during the 2016 election, more than his groups’ $1 million that year. During the 2014 election, spending by the teacher’s union, known as the Florida Education Association, and Kirtley’s Florida Federation was more closely matched — $1.5 million to $1.3 million, respectively.

At a union event last year, FEA President Joanne McCall described her motivation this way: “This is about us versus them: public schools versus vouchers [and] for-profit charter schools,” according to a report in Politico.

Kirtley said about 40 percent of what his groups spend go to Democratic primaries.

In a recording posted on YouTube of a conference in 2011 at University of California Berkeley aimed at private religious schools, Step Up for Students President Doug Tuthill was explicit in explaining the importance of political spending to the choice movement.

“We make low-income families the face of the program,” Tuthill explained. “The overwhelming majority of the folks on our program are Democrats.”

Jones, a member of the Florida Legislative Black Caucus who voted in favor of the expansion, said he’s seen the merits of some schools. But he also wants more oversight.

“My dad and mom currently run a Step Up program,” he said of his parents’ church in South Florida. “I love my parents dearly, but I still don’t agree with the process … If my Republican colleagues want to continue to be known as fiscally conservative, then they have to be sure those dollars are being spent the right way and be sure we’re getting the bang for our buck.