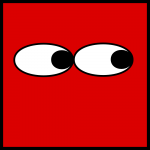 TALLAHASSEE, Fla. (AP) – The Florida Department of Education and six school districts are asking a federal judge to take over a lawsuit that challenges the state law preventing some students from being promoted to the fourth grade.

The move comes nearly a week after Circuit Judge Karen Gievers said she was troubled by the lawsuit that contends children were held back because they refused to take the state’s high-stakes standardized test.
Lawyers filed the request in federal court late Wednesday. An emergency hearing is scheduled for Friday.

The department isn’t commenting, but in filings lawyers maintained the case belongs to federal court because the parents allege their equal protection rights were violated.
The lawsuit states students should have been promoted because they got good grades and demonstrated they could read at grade level.

Motions on the case are being filed quickly. You can see the list on the court’s online docket, although accessing the documents is not as easy as clicking on them.

Meanwhile, it looks like the evidentiary hearing scheduled for Monday has been cancelled.

Read more about this case here.