Rigging the game.is a must when creating an uneven playing field. Especially when it comes to profit. Some call this the free market. Nice term. Sounds like we all get a shot. Not so much. The “free market” really 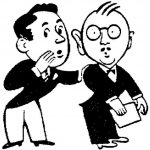 means that every tax dollar paid toward schools, roads, health, safety, parks, should be free for the taking by a less than 1% privatizing few.

There can be no finer example of rigging the game than the unfettered expansion of for-profit charter schools. Never forget that the original intent of charter schools was to add innovation, Instead, we have highly profitable chains of replication with taxpayers fronting all the cash. Reports of abruptly closing charters, districts left holding huge financial losses and politicians who own or work for charters serving on education committees are endless.

The latest features Milton West, a city planning and zoning commissioner in Ocoee, Florida, who has been caught playing his own inside ball. West recently sold 4 acres of land for roughly $683,000 to Charter Schools USA as an intended site for the Renaissance Charter School. The Florida Ethics Commission recently found probable cause that West violated conflict of interest rules and has called for a public hearing.

According to the Orlando Sentinel,

The property sale was pending in February, when plans for Renaissance Charter School at Crown Point came before the Planning & Zoning Commission, an advisory board to city commissioners.

The Florida Commission on Ethics earlier this month determined that West’s stake in the land could have created an ongoing conflict between his private interests and his public service. The ethics panel commission ordered a public hearing on whether West broke Florida ethics laws.

According to the ethics investigation, West abstained from voting on the charter school proposal and filed a required form noting his personal conflict. However, he joined in the planning commission’s conversation and urged them to back the school proposal, saying inaction by city officials could “kill the deal.”

It should be noted that the Ethics Commission reacts only to complaints and often appears to be a tiger with no teeth. Case in point, the commission  saw no conflict in Rep. Erik Fresen and his repeated sponsorship of charter school expansion bills while benefiting from a known relationship with Academica.  Despite the ruling, this is an an issue that will brand Fresen long after he leaves public office.

And let’s not forget Tony Bennett, dubbed a superstar by Jeb’s Foundations,  who lost his job as Florida Commissioner of Education after his Indiana charter school grading scheme was revealed.

David Sirota reported in Alternet…Tony Bennett, the former Indiana school superintendent and much-vaunted poster boy for the privatization push. After voters in that state responded to his radical agenda by throwing him out of office, he was quickly hired to lead Florida’s education system. At the same time, his wife not-so-coincidentally landed a gig with the Florida-based Charter Schools USA, a for-profit company that not only has an obvious interest in Bennett privatizing Florida schools, but that also was previously awarded lucrative contracts by Bennett in Indiana.

Grotesque as it is to shroud such self-enriching graft in the veneer of helping children, the self-dealing controversy wasn’t Bennett’s most revealing scandal. That distinction goes to recent news that Bennett changed the grades of privately run charter schools on behalf of his financial backers. Indeed, as the Associated Press reported, “When it appeared an Indianapolis charter school run by a prominent Republican donor might receive a poor grade, Bennett’s education team frantically overhauled his signature ‘A-F’ school grading system to improve the school’s marks.” Yet, the Associated Press also reported that just a year before, Bennett “declined to give two Indianapolis public schools (the) same flexibility.”

A healthy Democracy requires active participation on every level.  Voters must carefully research the agenda of folks they elect to office and hold them accountable for their actions. Just look at what happens when we don’t. .