Who’s Ralph Arza & why should School Board Members, candidates & voters be concerned? 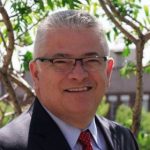 One reason Arza wants to meet with school board members and candidates is to intimidate you. To let you know that powerful, wealthy people are behind the charter school industry. This is no joke. Arza recently showed up in Polk County after the district denied an application for BridgePrep Academy encouraging board members to “reconsider” their vote. In a letter to the Polk County School District, Arza “mentioned that he had met with (Florida Department of Education Commissioner) Richard Corcoran yesterday and informed him of the vote Tuesday, and said that Commissioner Corcoran had suggested he contact the district,” he continued in the email.”

It’s very important to understand who Ralph Arza is. When he makes an appointment with you or simply shows up at a school board meeting, he’s dragging every powerful board member from the Charter School Alliance plus folks like current Commissioner of Education Richard Corcoran into the room with him, even if you don’t see them.

The Miami Herald reported that the DeSantis campaign blocked a former Miami state lawmaker who left office after using racial slurs and threatening a colleague from co-chairing a fundraiser for his gubernatorial campaign. “Ralph Arza’s name was removed because of hurtful and disgusting racial slurs that he has used in the past. He is not affiliated with our campaign,” the DeSantis campaign said in a written statement.

How do school board members and candidates become compromised by associating with Ralph Arza?

Florida Commissioner of Education – 2001 appointed by Jeb Bush; resigned in 2004 after three turbulent years to become a lobbyist

Former Florida Commissioner of Education – Resigned after three years on the job. Former legislator, close Jeb Bush reform ally, an accountant with zero education experience. “When Gov. Jeb Bush took office in 1999, Horne was a powerful member of the Florida Senate. Then in 2001, Bush appointed him education commissioner. And Horne was a horrible education chief. An accountant by profession, his primary education qualification was unstinting support for Bush’s agenda of high-stakes testing and vouchers. Horne resigned as education commissioner in 2004 amid numerous, embarrassing examples of the lack of accountability in the state’s corporate voucher program and in other voucher programs. A lot of the mess was Horne’s fault. He championed laws with few safeguards and — according to a report by then-Chief Financial Officer Tom Gallagher — failed to implement even those.” – Sun Sentinel

When you agree to take campaign money or PAC donations from Ralph Arza or the charter school industry, these are the vendors who work with the FCSA and profit off of charter schools. As a school board member, you might be asked to promote or approve contracts from these FCSA “exclusive” vendors.

Patricia Levesque, under the auspices of the Foundation for Florida’s Future, is either the author or a key advisor for every piece of education reform legislation presented in Florida, including the Federal waivers. She and Foundation lobbyists enjoy unprecedented access to every level of Florida government from the Governor’s office and cabinet to Senators and Representatives and the Florida Department of Education. During committee weeks, the Foundation for Florida’s Future is present assigning priority bills, often related to ALEC, to legislators and lobbying “leadership” and key staff.

In 2013, Levesque was called out in the press for being a registered lobbyist while dictating policy to the Florida Legislature. As a result, she resigned as a lobbyist for her firm, Meridian Strategies. However, it seems that this was only for show, as Levesque clearly continues to lobby, even winning the Golden Rotunda Award for her efforts to influence legislation.

Guided by her boss, Jeb Bush, she also works to pass key pieces from the suite of Florida Education “reforms” across the nation. She also facilitates the annual Foundation for Excellence in Education Summit which operates like a K-12 Education ALEC, providing a nexus of funders, politicians and policy experts interested in carrying out the “reform” agenda. Patricia Levesque connections include:

The National Institute for Educational Options, established by the Fischler School at Nova University in South Florida, encompasses research, professional development and support services through the assistance and grant support from foundations such as:

Hage has parlayed an initial $5,000 investment into one of the most lucrative for-profit charter chains in the nation. It should be noted that Hage does not sent his own children to his schools.

The following legislators have been installed to promote unmitigated charter school growth. Aided by House and Senate leadership, they have been central to the passage of every charter/voucher expansion bill, led the charge to encroach on school board authority and worked to leach capital building tax dollars away from districts to help for-profit charters build, develop and improve real estate the public will never own.  For example, a bill was passed in 2018 that wrests $96 million in locally levied property taxes from Florida school districts and gives it to for-profit charter chains. Keep in mind that there are 4,200 traditional district schools and only 650 charter schools.

CLOSED FL CHARTERS UP TO 2014: http://www.fldoe.org/core/fileparse.php/7695/urlt/closed_charter_schools.pdf

$96 Million in Capital funds taken from districts and given to charters: https://www.google.com/amp/amp.miamiherald.com/news/politics-government/state-politics/article158934284.html