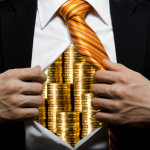 Pay close attention. What’s happening in Duval could happen across the state. Every public-school district in Florida has the right to levy new taxes through a ballot referendum. Voters decide whether they want to invest extra money in their public schools at the local level. Despite overwhelming public support, political operatives such as Gary Chartrand, Jeb ally and former chair of the Florida Board of Education, and Jacksonville Mayor Lenny Curry launched an aggressive campaign to stop the City Council from voting to approve putting the referendum on a November ballot. Why? Unmitigated Charter greed. Teacher and Blogger Chris Guerrieri lays it out, leaving little doubt that the constitutional authority of duly elected school boards and the rights of every voter are under grave threat:

This is a story about a major city where the Mayor and City Council on behalf of a mega donor are fighting against a tax referendum that should have sailed through if not for a city attorney changing the meaning of the word shall, that most of the city supports and its public schools desperately need, so public schools can suffer and charter schools can prosper.

The Duval County School Board wants to do a sales tax referendum to raise for money for their crumbling schools, the oldest in Florida. https://www.ourduvalschools.org/

This is something 23 other districts in Florida have done, and the statute says, the county commission or city council, shall put the referendum on the ballot.

Well a corrupt or incompetent city attorney changed the meaning of the word shall, to if they want.

He undoubtedly did this for a mayor, Lenny Curry who loves charter schools.

Who has a very rich donor, Gary Chartrand who loves charters, as well. He brought KIPP and TFA to town and despite being a grocer parlayed a huge donation to former governor Rick Scott to a spot on the state board of education, where during his tenure, Charters greatly increased their power and public schools lost funding and school boards had much of their authority stripped. Oh, and he doesn’t live in Jacksonville and sent his children to expensive and exclusive private schools.

They have been bullying the district to give charters a per pupil cut of the tax referendum.

Which is a terrible idea, First, a significant amount of charter schools in Duval are run by for profit management companies that rent their facilities to the charter. What other for-profit business that provides a service gets their building and maintenance upkeep paid for?  The answer is none, they get paid a fee, which charter schools also are paid and that is supposed to cover their costs.

What Chartrand wants to do is double dip. Furthermore, this is a bad deal for the public. If for any reason those charters were to close, then all the money invested by the public on those properties is lost. Then many of these charter schools are new and don’t have the same maintenance construction costs/needs that our public schools do.

Let’s take the charter school at Baymeadows and brand-new facility and Raines High school and older facility that should be rebuilt. If we were to share proportionally then the owners of the Baymeadows charter school would have their pockets overflowing with Tax-payer money while Raines would never get rebuilt. Chartrand knows all of that as well.

The district has also said since the beginning it would share the tax referendum money with charters. They just want more.

By the way, Chartrand’s charter school already gets millions extra in public money

Well with Curry and Chartrand fighting against the referendum it has been stalled.

Then  Clay county literally a suburb of Jacksonville just yesterday decided to have a tax referendum of their own this November, when DCPC also wanted to have the referendum.

No muss no fuss, what’s the difference between Clay and Duval, well Charters. Curry and Chartrand want to make Duval the first Charter only county in Florida and even the state commissioner of education has pushed it.

And the IDEA charter schools have said they are on their way.

This is a major city where the Mayor and City Council on behalf of a mega donor are fighting against a tax referendum that should have sailed through if not for a city attorney changing the meaning of the word shall, that most of the city supports and its public schools desperately need, so public schools can suffer and charter schools can prosper.