The People vs. The State of Florida 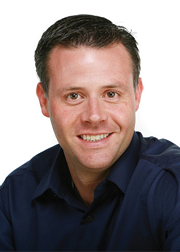 For the past few weeks, in a small courtroom up in Tallahassee, Florida has been on trial.

It stands accused of denying children of a proper education.

The plaintiffs are parents — some from here in Orlando — who say they’re sick of underpaid teachers, punitive testing and politicians who divert public school money to for-profit companies.

The parents tried writing letters to legislators. And making phone calls. But none of it made a difference.

So they sued, arguing that Florida isn’t living up to a line in the Constitution that promises a “high quality” education for all.

Suing the state for such a broad principle may sound strange. But it’s increasingly common.

It took parents and pediatricians in that case 11 years. But they won.

Before that, the state lost another big legal fight over your right to fair elections. That one took five years. But legislators were ultimately ordered to redraw districts they had secretly schemed to gerrymander.

Welcome to the Sunshine State — where citizens who want good government have to sue for it.

It’s encouraging that the citizens succeed. But let’s be honest: This is a whacked-out way to run a Republic.

If the only way you can get your legislators’ attention is to hand them a subpoena, you’ve got a problem.

And keep in mind: These aren’t frivolous lawsuits. We know, because the citizens keep winning.

In the health care case, pediatricians, dentists and parents argued that the state’s Medicaid funding was so low that qualified, impoverished children couldn’t find doctors to treat them. So they sued for access.

The lawsuit took more than a decade — with the state fighting every step of the way. But a judge ruled that kids were indeed being shortchanged and ordered the state to make things right.

Dr. Edward Zissman, a pediatrician from Altamonte Springs who was involved in the litigation, said his group never wanted to sue. But attempts to meet and talk with legislators were fruitless.

“Finally, it was a legislator who actually told us: The only way you’re going to get anything is to sue us,” Zissman said. “So we did. But we’d been working for 20 years before we filed suit.”

It was similar with Fair Districts. For decades, citizens begged legislators from both parties to quit playing political games when drawing district lines. But the politicians couldn’t help themselves. They were gerrymandering junkies.

So citizens passed the Fair Districts amendment and then sued the legislators to force them to follow the rules. The whole process took about a decade. Yet the citizens, led by the League of Women Voters, finally won. The districts were redrawn to look more sensible — like squares and rectangles instead of frayed mops and multi-headed hydras.

Of course, taxpayers lost as well — more than $8 million in public money that legislators spent trying to defend their unconstitional actions.

Taxpayers were again paying lawyers to fill a courtroom last week in Tallahassee, where frustrated parents were demanding better schools.

Kathleen Oropeza is one of the parents. Eight years ago, she and fellow Orlando moms learned about cuts to Orange County schools — “to libraries, electives, school-resource officers, you name it” — and started asking questions.

They learned that Florida has one of the worst-funded school systems in America. And they became convinced that legislators, at the behest of for-profit test-makers and private-school operators, were trying to drive students away.

In hindsight, Oropeza called herself “naive for thinking they had the kids’ best interests at heart.”

So she teamed up with other education advocates to sue the state, arguing that Florida is violating its Constitutional obligation to provide “a uniform, efficient, safe, secure, and high quality system of free public schools.”

I’m not sure whether these parents and advocates will prevail. While many of us agree Florida should do better by students, the definition of “high quality” is nebulous. (The judge, though, does seem to think the parents have raised some legitimate questions.)

Regardless, I salute these folks for trying.

They refused to take no for an answer. Rather than simply griping on Facebook or mumbling to themselves, they conducted research, got organized and demanded action.

Increasingly, that looks like the only way to get results in this state.