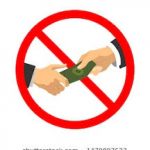 The Senate Ed Committee meets this Monday, February 17th on Presidents Day to discuss and vote on Sen. Dennis Baxley’s delete-all amendment to SB 1498 into alignment with HB 7079.

Send your letter now. Ask each member of the Senate Ed Committee to:

Take action now to write legislators to oppose this bill!

Tallahassee Folks: Please attend the committee meeting and testify against this bad bill

After you’ve sent your letters, call the members of the Senate Ed Committee and urge them to vote no on SB 1498.

Are you registered to vote? Do you need to change your party?

Deadline is Feb 18th to vote in the primary.