So called “school safety bills” SB 7026 and HB 7101 are poised to hit the floor of both chambers setting them up for a final vote as early as tomorrow. 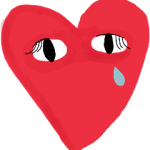 Both houses are calling their bills the  “Marjory Stoneman Douglas High School Public Safety Act” which is an insult to the students, parents and teachers who spoke passionately and clearly for a ban on assault rifles and against arming teachers. Florida politicians ignored these heroes often cutting them off and dismissing their value in committee testimony. Both bills arm teachers through the ‘”Marshall Plan” and neither bill addresses assault rifles.

Please take action today. Call and write your senators and representatives and ask them to vote no on arming teachers.

Fair warning: The Florida Legislature intends to use armed teachers as the front line defense against active shooters.

Both House and Senate leaders say that arming teachers is “voluntary” and that there is money for trained school resource officers. But then Sen. Kelli Stargel let the cat out of the bag when she admitted, “we don’t have the manpower to staff the schools with the resource officers without the marshal program.”

The Miami Herald reports: “According to preliminary estimates, the state’s goal is 10 marshals in every school, which would equate to 37,000 (teachers) statewide. The state would cover the costs of background checks, drug testing, psychological exams and the 132 hours of training.

News Flash: After much questioning, Sheriff Judd admitted that his “Sentinel” program, the inspiration for the Teacher Arming/”Marshal Program” has never been implemented in any Polk County Public School, ever.

The premise of keeping our children safe is based on an enormous lie. And once again, our children and their teachers will be used in a dangerous experiment predicated on the assumption that armed, largely untrained civilians will be the cheapest way to secure our schools.

Read a comprehensive comparison of the two bills by the Florida School Boards Association here.

Please remember to contact your senators and representatives and ask them to vote no on arming teachers.

Fund Education Now is paying close attention to votes on these bills. We’ll report back on the Heroes and Zeroes. Their actions during this session will determine our 2018 votes.