The Electoral College is getting more attention than ever. There’s much speculation over how the electors will vote and

it’s clear that many people are uncertain 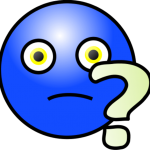 about how this process works.

Prior to the general election, each party with a presidential candidate creates its preferred list of Electoral College members. The number of members in each state is based on the number of members in its Congressional delegation allowing one for each member of the U.S. House of Representatives and two for each member of the U.S. Senate. A winning candidate must earn 270 or more to prevail. There are a total of 538 electors.

As FactCheck.org explains, “when U.S. citizens go to the polls to “elect” a president, they are in fact voting for a particular slate of electors.”

Following the general election, the Governor of each state issues “Certificates of Ascertainment” which declares the winning presidential candidate as well as which panel of electors will represent the state for the final vote. The Electoral College vote takes place in each state on December 19, 2016. Each state records and certifies seven copies, with one sent to the President of the U.S. Senate for a final count during a special joint session of Congress.

Electoral College members are not required to vote a certain way, but they almost always reflect the outcome of the popular vote in each state. Both parties choose electors who are proven loyalists, inoculated from flipping their votes.  This is the very reason some argue that the Electoral College is antiquated and no longer useful. The original notion, as described in the Federalist Papers/No. 68, of serious deliberation concerning a president-elect is moot given the deeply partisan panels of electors in any party.

However, 2016 proved to have the opposite effect. According to the non-partisan Cook Report, Hillary Clinton won 65,746,544 (232 Electoral) votes compared to Donald Trump’s 62,904,682 (306 Electoral) votes for an historic popular vote difference of 2,841,862. The 2016 election was decided by four key states: Michigan, Wisconsin and Pennsylvania went to Donald Trump by less than 1% and Florida went Trump’s way by just over 1%.

The debate over the popular vs electoral vote is not over, but one thing is certain, we need to work much harder on embracing what unites us and stop rewarding what divides us.

Take a look at the insiders set to cast Florida’s Electoral College votes on December 19th:

Blaise Ingoglia, Chair of the Republican Party of Florida. Contact information is here.

Tony Ledbetter, chairman of the Volusia County Republican Executive Committee since 2012. He works for the Trump campaign in Northeast Florida as the political regional director.

Check out Electoral College Voters in all 50 states here.