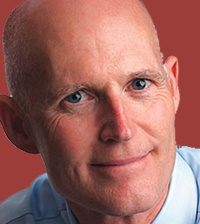 The Florida Legislature left a mighty mess in its wake.
The Senate passed HB 7069, the worst package of public education policies in Florida history, by a single vote.  It was blatantly designed to accelerate the privatization of Florida public education.

This summer HB 7069 will trigger the immediate transfer of 115 “D and F” public schools to out of state charters, entrusting them with the education of Florida’s most vulnerable students. All in the absence of any proof charter chains will produce turnaround success.

If that’s not enough, HB 7069 loads corporate charter chains with $140 million and so much power, its hard believe that there’s any love left among legislators for Florida’s 2.8 million public school children or their teachers.

House Speaker Corcoran produced HB 7069 along with Rep. Manny Diaz, Rep. Michael Bileca and Jeb’s lobbyists. They made sure HB 7069 was cross-pollinated with K12 education policy and tied to a budget that offered some good things such as recess. True to form, Rep. Diaz is shamelessly using recess to justify the damage his bad bill will cause.

Remarks made by Sen. Gary Farmer about HB 7069 capture the urgent reason for a veto:
“What did [the House] leave us with? A piece of junk they’re forcing us to vote on now. It’s a monstrosity, we know its bad public policy but here we are in a take-it-or-leave-it situation. Schools of Hope are so utterly offensive and repugnant to teachers, principals and parents…”

Equally offensive is the stingy $83 billion dollar budget which grossly under-funds public schools while pouring millions into that sketchy corporate charter welfare program called “Schools of Hope.”  Even Gov. Scott, who asked for a 3% increase to public education, is unhappy with the miserly .34% found in the budget:

“The Florida Legislature passed a budget that was done largely behind closed doors. It was done without important input from the public and many members of the legislature who were elected by Floridians to serve them. That’s unfortunate… it’s backroom deals like this that make families think politics is nothing more than a game.”

The 2017 session saw Speaker Corcoran’s promise of transparency slam into a brick wall of secrecy. All in the name of growing charters at the expense of district schools.

We must wake up to the overwhelming evidence that “Choice” is just old-school privatization.

If we don’t fight this, we will lose our public schools.

Take action today and let Gov. Scott know you expect him to veto 7069.