CRC votes NO to stripping school board salaries 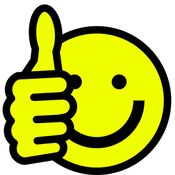 Donalds to strip school boards of their salaries. Donalds, a sitting school board member in Collier County who was appointed to the CRC by Speaker Richard Corcoran, has distinguished herself as being opposed to the constitutional structure of elected school boards. She is a leader of a small splinter group of school board members who who are working for the privatization of public education.

The Tampa Bay Times reported that committee members in the majority argued that the change could eliminate the diversity of people able to serve, particularly in poor and rural counties. Memorializing such a move in the constitution would limit the state’s ability to make fixes if that proved to be the case, said vice chairwoman Nicole Washington, a Florida A&M University trustee.

Donalds’ flawed proposal completely disregarded the facts. In Florida, the average school board salaries range from $25,413 to $44,443 depending on district size and cannot exceed the salary of the lowest paid teacher. The state’s smallest school districts serve more students than the largest school districts in almost every other state. Florida has the 3rd largest public school system in the nation serving more than 2,829,000 students in 2017-18. There are 358 school board members in FL compared to 7,000 in Texas.

More important, Florida School board members are constitutional officers elected as independent governmental bodies that do not report to another municipality which grants them great responsibility and oversight. These boards are the only elected voice that stands between the people and the Florida Legislature.

Oppose: As far as elected representation goes, school board members are perhaps closest to the people. Eliminating the modest pay allocation for these officials practically guarantees that average people who are neither wealthy nor politicians will be unable to run and serve. School boards must remain an organic part of the community significantly enriched by members from every stratum.

Thank you to everyone who called and wrote to the CRC Education Committee to support paying Florida school board members.