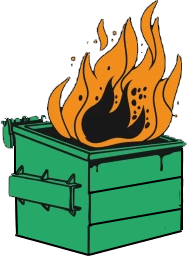 meets every twenty years, is comprised of GOP political appointees who have the power to propose and place changes to the constitution on the ballot.

Florida is the only state that uses a non-elected committee to change its constitution. To underscore how radical this is, the Koch Bros, who play very heavily in Florida education “reform” politics, are pushing a national campaign to revise the U.S. Constitution in the same way.  Because the CRC is driven purely by politics, the 2018 Florida Legislature is also pushing bills such as term limits for school boards to make sure these ideas get on the ballot one way or another.

In terms of future elections and candidates, voters need to decide whether granting the party in power the right to randomly manipulate the state constitution is really a good idea. Is it time to put and end the the Constitution Revision Commission?

Here are some of the worst education ideas being promoted by the CRC that could change the face of Florida Public schools forever.

Proposal 4 by Roberto Martinez –Repeal the “Blaine Amendment” or “no-aid” provision stating that no public funds shall directly or indirectly aid any church, sect, or religious denomination.

Oppose: Florida politicians tried in 2012 to repeal Article 1, section 3, the “Blaine Amendment” from the constitution and failed. School “choice” reformers want to eliminate Blaine in order to establish universal school vouchers which would use public education funding to provide private religious schooling.  We oppose this effort for many reasons. The U.S. Constitution is very clear about the separation of church and state. Second, private religious schools do not participate in any of the accountability measures imposed on public schools, are free to discriminate and turn students away, are not required to be transparent or demonstrate efficiency with public funds, citizens have no recourse when public funds are mishandled, bullying occurs or policy disputes arise.

Proposal 32 by Erika Donalds – Eliminate salaries for school board members.

Oppose: As far as elected representation goes, school board members are perhaps closest to the people. Eliminating the modest pay allocation for these officials practically guarantees that average people who are neither wealthy nor politicians will be unable to run and serve. School boards must remain an organic part of the community significantly enriched by members from every stratum.

Note:The average school board salaries range from $25,413 to $44,443 depending on district size and cannot exceed the salary of the lowest paid teacher. Florida’s smallest school districts serve more students than the largest school districts in almost every other state. Florida has the 3rd largest public school system in the country serving more than 2,829,000 students in 2017-18. There are 358 school board members in FL compared to 7,000 in Texas. That said, Florida School board members are constitutional officers elected as independent governmental bodies that do not report to another municipality which grants them great responsibility and oversight. These boards are the only elected voice that stands between the people and the Florida Legislature.

Proposal 43 by Erika Donalds – School Board term limits. A person may not appear on the ballot for re-election to the office of school board if, by the end of the current term of office, the person would have served, or but for resignation would have served, in that office for eight consecutive years. Only service to the office of school board after 2015 shall accrue toward the limitations prescribed herein.

Oppose: Forcing term limits on school boards interferes directly with local control. It tells voters that they don’t have the right to elect candidates as they see fit. Voters are not asking for school board term limits, but if they were, it should be a local decision. It’s unfair to assume individual district circumstance are the same. One size does not fit all. It’s not the state’s job to take away voters power at the local level. Making term limits retroactive is untenable and could lead to over a hundred Governor appointed school board members further silencing the peoples voice. As evidenced by the Florida Legislature, term limits result in outside campaign money and influence, full time fundraising and the notion that the current office is little more than a stepping stone, none of which is good for children.

Proposal 45 by Erika Donalds –Alters Article IX, Section 1 regarding public education. Inserts language providing that nothing may be construed to limit the legislature from making provision for other educational services that benefit the children and families of Florida that are in addition to the system of free public schools.  In addition, the requirement to provide a system of free public schools is expanded to require that such system must allow the opportunity for each student to obtain a high quality education.

Oppose: This language is dangerous as it grants the legislature unlimited, un-checked power over open-ended funding for “other educational services” which could encompass anything from dismantling public schools and enriching private vendors to mandating “high quality” virtual education for every child.

Proposal 71 by Erika Donalds – Alters the language to Article IX, section 4 regarding Charter schools to read: Nothing herein may be construed to limit the legislature from creating alternative processes to authorize the establishment of charter schools within the state by general law.

Oppose: This language grants the legislature the sole power to establish an alternative charter school authorizing process within general state law and likely bypassing the constitutional authority of school boards while robbing citizens of local control. It is entirely likely that this state charter authorizer will maintain authority over these schools to create a new state-run school district of sorts.

Proposal 89 by Nicole Washington – Rewrites Article IX, section 1 to provide that: the purpose of the public education system is to develop the intellect of the state’s citizens, to contribute to the economy, to create an effective workforce, and to prepare students for a job.  In addition, it adds: In order to build Florida’s talent pipeline for the careers of today and tomorrow and align the state’s education, workforce, and economic development efforts, it is the intent of the people to provide high quality and affordable postsecondary education opportunities.

Oppose: This proposed language fundamentally shifts the purpose of Article IX, section 1, from providing a high quality, free public education to all children to producing an “effective workforce.” This grants the state an open opportunity to influence and decide future tracks for students regardless of what they might choose for themselves.

Oppose: The notion of school districts being able to vote to become a charter district should not be codified in the state constitution. Requiring districts to be high-performing before converting to a charter district to receive “exemptions from the education code” raises troubling questions regarding existing inequity,  is open to broad interpretation and a range of unintended consequences.

Chair of the Florida Board of Education

Collier County School Board member, active in alternative Florida Coalition of School Board Members which pushes the privatization of public education

Florida Board of Education member