Have you ever seen a school data wall? 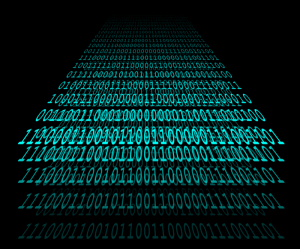 These kinds of public displays send a message: This school cares about student performance by the numbers.

You’ve probably heard about the positive side of all that data gathering and sharing. Like this story we ran just last week about a district that used data as the catalyst to conquer chronic absences.

But as “data-driven” education becomes more popular, critics are also raising a range of concerns.

In its recent announcement of new regulations, the department emphasizes “ensuring the use of multiple measures of school success based on academic outcomes, student progress, and school quality.”

The education technology industry, meanwhile, keeps making it easier for teachers to record and share information on students. Check out the “dashboards” inside programs like Google Apps for Education, or freestanding gradebook apps like JumpRope, or ClassDojo, focused on behavior.

Software also collects information on students all by itself. Jose Ferreira, CEO of Knewton, said in a 2012 speech that his “adaptive learning” platform, used by 10 million students globally, collects 5 to 10 million data points per student per day — down to how many seconds it takes you to answer that algebra problem.

“We literally have more data about our students than any company has about anybody else about anything,” Ferreira said. “And it’s not even close.”

The argument in favor of all this is that the more we know about how students are doing, the better we can target instruction and other interventions. And sharing that information with parents and the community at large is crucial. It can motivate big changes. It’s to serve equity and uphold civil rights, say the latest Ed Department regulations, that states must “provide clear and transparent information on critical measures of school quality and equity to parents and community members.”

But we’re also starting to hear more about what might be lost when schools focus too much on data. Here are five arguments against the excesses of data-driven instruction.

A body of psychology research shows that merely being reminded of one’s group identity, or that a certain test has shown differences in performance between, say, women and men, can be enough to depress outcomes on that test for the affected group. This is known as stereotype threat.

In a highly data-driven classroom, students who struggle may be made acutely aware, to the percentile, of how far behind the average they are. This could be enough to trigger stereotype threat, depressing performance still more. Or, it could create negative feelings about school, threatening students’ sense of belonging, which is key to academic motivation.

And what about the students who are leading the dashboard, collecting badges, prizes or virtual stickers? These kinds of extrinsic rewards could depress their interest in an activity for its own sake, researchers have found.

In the ’80s, my parents dropped me off at school and hoped for the best. They may have gotten a call from the teacher if something was wrong; otherwise, no news was good news until the first report card.

Today, parents increasingly are receiving daily text messages with photos and videos from the classroom. And some software systems let them log on and see exactly how Jasper or Alaia are performing, assignment by assignment, even down to the number of minutes spent reading or practicing Spanish.

All this info could be a great way for parents to partner in their kids’ education. It could also enable or even encourage a new level of educational helicopter parenting.

A style of overly involved “intrusive parenting” has been associated in studies with increased levels of anxiety and depression when students reach college. “Parent portals as utilized in K-12 education are doing significant harm to student development,” argues college instructor John Warner in a recent piece for Inside Higher Ed.

Have you ever been served an ad in the middle of your English homework? TheNational Education Policy Center releases annual reports on commercialization and marketing in public schools. In its most recent report in May, researchers there raised concerns about targeted marketing to students using computers for schoolwork and homework.

Companies like Google pledge not to track the content of schoolwork for the purposes of advertising. But in reality these boundaries can be a lot more porous. For example, a high school student profiled in the NEPC report often consulted commercial programs like dictionary.com and Sparknotes: “Once when she had been looking at shoes, she mentioned, an ad for shoes appeared in the middle of a Sparknotes chapter summary.”

The authors of the NEPC report observed:

“Schools have proven to be a soft target for data gathering and marketing. Not only are they eager to adopt technology that promises better learning, but their lack of resources makes them susceptible to offers of free technology, free programs and activities, free educational materials, and help with fundraising.”

Computer systems are most comfortable recording and analyzing quantifiable, structured data. The number of absences in a semester, say; or a three-digit score on a multiple-choice test that can be graded by machine, where every question has just one right answer.

But what about a semester-long group project where one student overcame her natural tendency to procrastinate, excelled in the design and construction of Odysseus’s ship out of cardboard, but then plagiarized part of the explanatory text? What about a student who manages “only” 10 absences despite changing living situations three times during the semester? Can dashboards reflect these complexities?

In the past few years several states have passed laws banning employers from looking at the credit reports of job applicants. Employers want people who are reliable and responsible. But privacy advocates argue that a past medical issue or even a bankruptcy shouldn’t unfairly dun a person who needs a fresh start.

Similarly, for young people who get in trouble with the law, there is a procedure for sealing juvenile records, because it’s understood that even grave mistakes shouldn’t haunt young people forever.

Educational transcripts, unlike credit reports or juvenile court records, are currently considered fair game for gatekeepers like colleges and employers. These records, though, are getting much more detailed.

ClassDojo, for example, reports on students’ “Perseverance,” “Teamwork,” “Leadership,” “Resourcefulness” and “Curiosity.” That kind of information in the past would come, if at all, from carefully curated recommendation letters.

It’s certainly imaginable that both colleges and employers will want to see this info now that it’s available in a broader, more accessible format. Should they have access to it? Only if it’s beneficial or if it’s damaging as well? Who decides?

Please help us continue to fund this work.