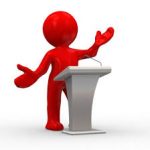 Standards intended to replace Common Core is underway. Commissioner Corcoran is not video taping most of these sessions. Yet he will be able to say that the FL DOE spent 9 hours listening to the public. Our children need us to be present.

PM Kathleen Oropeza on Facebook or email at kathleen@FundEducationNow.org, and tell me which meeting you can attend to use your voice to stand up for our children. Contact me as soon as possible.

The DeSantis order that sparked this drive to “get rid of Common Core says we have to “return to the basics of reading, writing and arithmetic.”  What does that mean? This review is primarily for math and English/Language Arts, not a re-write of all standards. With the exception of these two areas, we still use the Sunshine State Standards. You can make broad comments or dive into specific standards. Be concise. You will have no more than 2 minutes to speak.

With Florida’s focus on accelerated learning and “training,” these new standards might also be developmentally inappropriate, especially for Kindergarten. Since the FSA is based on Common Core, Florida will bear the enormous expense of paying for new curricula and standardized tests, which could be embedded into day to day learning, morphing into a different sort of high stakes.  How do students benefit from this? The fact remains that writing entirely new standards based on vague goals such as “providing a road map to make Florida’s standards number one in the nation,” requires that we pay close attention.

Governor DeSantis ran on the promise that he would get rid of Florida’s Common Core State Standards which are restricted to Math and Language Arts. His position stems from years of protracted objections to the controversial standards by folks across the political spectrum since their adoption in 2010. In January 2019, Governor DeSantis issued Executive Order 19-32 to eliminate Common Core and adjust the Civics Standards. As a result, Commissioner Corcoran is conducting a comprehensive review of the academic standards for Florida’s K-12 students and will recommended revisions to the Governor by January 1, 2020.

Section 1. By January 1, 2020, the Commissioner of Education-shall comprehensively review Florida’s Kindergarten through grade twelve academic standards and provide recommended revisions to the Governor –

Links to the second draft of the revised standards, recently released by the FLDOE and based on feedback received from Florida teacher experts, national experts and the education community:

Here are some links that compare Florida standards to other states.

Comparison of Florida Standards in Mathematics to Other States (Excel)

Here’s a timeline from the FLDOE which shows a definite fast track that from January to implementation:

Getting “Rid of Common Core” is nothing new

Back in 2013, Gov. Rick Scott held an “Education Summit” (which he did not attend) to get rid of Common Core. The effort was a deceptive ruse that made minor changes such as adding cursive writing but did nothing to significantly alter any of the Math or Language Arts Common Core Standards. Orlando Sentinel columnist Scott Maxwell noted that: “It would be like me buying a new collar for my cat, Furball, renaming him “Meatloaf” — and telling you I got a new pet.”

Originally, concerns about changing the standards to Common Core from the Florida Sunshine State Standards revolved around whether they were developmentally appropriate, especially for young students and many felt these new national standards were really an extreme Federal overreach.