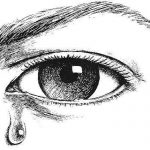 Not every child who walks into Maria Sanabria’s first-grade classroom at Orange Brook Elementary in Hollywood can read well. The kids are mostly from poor families, and roughly half of Orange Brook’s students don’t pass state standardized tests. Even at age 6, many have fallen behind.

So Sanabria was excited to implement new strategies to help lagging students when classes began this week in Broward and Miami-Dade Counties. There was just one problem: All the new ideas recommended by her school relied on books, letter sets, and word games she didn’t own. And there was no money to buy them.

So on August 9, she created a fundraiser with a goal of $873 onDonorsChoose.com and asked friends, family, and corporate sponsors to pitch in.

Local teachers are vastly underpaid, and the state’s Republican House, Senate, and governor have directed increasing money to charter schools and administrators. So Sanabria is one of thousands of South Florida teachers who are waiting on more than $1.3 million from sites such as DonorsChoose, GoFundMe, and Adopt-a-Classroom to pay for everything from textbooks to jump ropes to robot-building kits.

As South Florida education spending has continued to lag behind pre-recession levels, teachers have turned to crowdfunding to subsidize their schools’ inadequate budgets.

“It’s a sad indictment of our system that teachers have to do this,” says Mark Pudlow, a spokesman for the Florida Education Association. “These are resources that schools in our state ought to provide to make sure kids have the tools they need.”

Florida shortchanges its teachers and students more than nearly any other state in the Union. The state ranks 42nd in the nation for education funding per student and 49th in student-teacher ratio, and it has had the second-biggest decline in funding in the nation after Hawaii in recent years, according to a recent study by the Education Law Center, an advocacy group.

Spending in Broward County, where Orange Brook is located, fell almost 13 percent between 2009 and 2013, the latest year available, to $8,117 annually. Over that same period, the amount of money Florida teachers have raised on DonorsChoose — just a small part of the overall total — rose by five times, to $3.5 million, in 2013. Teachers in the state have raised $2.5 million so far this year. In many cases, though, they’ve missed their targets or spent their own money.

Although teachers can seek funds for virtually anything online, many want money simply for basic school supplies such as paper and ink. Even as classes start, these teachers are far short of their goals. Some are at zero.

In May, Robert Nesselroth, who teaches an AP class on current global affairs at Flanagan High in Broward, launched a fundraiser to replace 2011 textbooks.

Margate Elementary’s Amy Morgan raised money for 80 e-readers last year, but after budget cuts, she’s seeking $5,000 for something to load onto the devices.

Amanda Nagee of Ojus Elementary in North Miami-Dade would like $167 for lab aprons so her second-graders can stay safe while conducting experiments.

Money from crowdsourcing can ease the financial burden on teachers. Take, for instance, Kristy Good, a third-grade instructor at Atlantic West Elementary School in Margate. She spends about $500 annually from her own pocket to buy teaching supplies. She says she’d be laughed out of the office if she asked her school to pay for all the pencils, tissues, baby wipes, snacks, toys, stickers, posters, and decorations she uses in her classroom. “I know not to ask because we don’t have it,” she says.

Over the past ten years, Good has crowdfunded $3,000 for books, LeapPads, magazines, yoga balls, and props. The money has helped her create a cabinet of teaching materials she calls a “silly center” to engage struggling students in reading when they can’t keep up with regular assignments.

Good has taught at Atlantic West for 14 years, although you wouldn’t know it from her strong Bronx accent. At age 37, she makes $50,000 per year — $4,000 more than the average Broward teacher — but she’s still paying off a mortgage and $18,000 in student loans. She says she couldn’t afford to be a teacher if her husband Todd didn’t run a photography business to help support her and their two kids.

“We’re expected to spend more of our own money, but we’re not paid more to make up for it,” Good says. “It kind of infuriates you.”

Anita O’Sullivan, a third-grade teacher at Dania Elementary, has also shelled out thousands of her own dollars in eight years on the job for basic supplies such as pencils, composition books, glue sticks, backpacks, and clothes for students. She even bought a laminating machine. At Dania, three-quarters of the children receive subsidized lunch. “Maybe at schools in other regions, parents can be more involved and can provide… material,” O’Sullivan says. “But here, if you want to go above and beyond, you have to look elsewhere.”

When O’Sullivan needed $156 so her students could build “canjos” — banjos made from cans, wooden poles, and string — she looked to DonorsChoose. The Keeping the Blues Alive Foundation in Deerfield Beach contributed the money in just nine days. When she needed $320 for a color printer, markers, and colored pencils because some students couldn’t afford them, she raised the money from an anonymous sponsor and a stranger in New York.

Her next fundraiser is aimed at keeping her school’s butterfly garden alive. Last year, she and her students planted a ten-by-11-foot plot full of pentas and calicos. It was started with Broward County help, “but when the grant money ran out, that was it,” she says. “Now I’ve put in $300 of my own money, and I just planted the garden at the beginning of last year.”

O’Sullivan refuses to let the garden die. It’s a hands-on biology lesson for students and gives her a place to calm disruptive kids.

In April, she set up a DonorsChoose page to raise $465 for mulch, soil, and flowers, but so far, three donors have contributed only $65.

Meanwhile, Sanabria, the Orange Brook first-grade teacher, has raised $441 for books since August 12 thanks to family members and a dollar-for-dollar matching grant from the Neukom Family Foundation. But she still needs to raise $432 more for lagging readers.

If she doesn’t get it, she’ll have to share books with the kindergarten classroom down the hall. Although Sanabria has spent thousands of her own dollars since she began teaching 14 years ago, she can’t afford to bankroll the changes to her curriculum that she’s expected to make this year.

After all, the 36-year-old has two young children of her own to look out for — ages 6 and 4 — and a pile of credit card bills. “It’s frustrating not to have these things,” Sanabria says. “These are the essential tools for the job, and it’s discouraging when it gets to the point where materials are so expensive that I have to say, ‘I can’t do that.’?”