Time to watchdog Commissioner Corcoran & the FL State Board of Ed 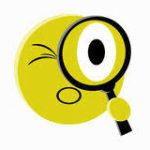 It’s profoundly important for citizens to watchdog Commissioner Richard Corcoran and the Florida Board of Education, the most powerful political appointees in Florida. These non-elected folks have the authority to write a rule, vote yes and essentially pass a law without the oversight of the legislature. This creates unfunded mandates which may or may not find state appropriation dollars during the next session. Either way, districts are on the hook and the damage is done.

When voters engage, even appointed politicians get nervous. Every protest, no matter how small has the potential of becoming mighty. When citizens announced a collaborative rally to protest the threatening behavior of Corcoran and his board toward Duval County at the May meeting, there was an effect. By the July 17th meeting, gone was the nasty bravado displayed in May, replaced with more carefully chosen words.

Maybe it’s dawning on the Florida state board of education that their cult of unmitigated “choice” expansion has strayed too far from their real job: public education. Maybe Commissioner Corcoran is sensitive to citizens declaring that it’s time to put his actions and those of the Board “under a microscope.” Maybe member Michael Olenick finally understands that teachers cannot get a mortgage or plan a budget based on a non-recurring bonus. (Which has been written about by advocates a lot – see below*)

Maybe it’s the transactional fact that the 2020 election looms and it’s not a good look for the state to pay seasoned well-credentialed teachers so poorly that many can’t rent an apartment without seeking a roommate, are forced to work second and third jobs and are hard-pressed to afford the basics for their families. When it comes to teachers, Florida takes the low road every time, like when former Florida Speaker Richard Corcoran, now Commissioner of Ed, opened the 2016 legislature by calling the teachers union “downright evil.”  Our teachers are forty-sixth in the nation in pay at $48,168 which is $12,294 less than the national average, with the pay gap expected to widen further this year.

Whether driven by sudden clarity or political expedience, board member Michael Olenick stood out at the July 17, 2019, Board of Education meeting in Lakeland by stressing that “teacher pay is not on par with other degreed professionals” and calling for “more money to go into educator salaries.”

“Some districts have turned to local voters to increase property tax rates as a way to improve teacher pay, Olenick noted. Districts should not have to do that, the state should do it,” Olenick said.

The reality is that any significant recurring funding source for teacher raises must be placed in the Base Student Allocation (BSA) by the Florida Legislature.

Conversely, Commissioner Corcoran is excited about $15.8 million dollars in Federally funded bonuses based on VAM scores for highly effective teachers in “D and F” Title 1 schools. The problem is that only one third of Florida teachers even have VAM scores and even less work in Title 1 schools, cutting the majority off from any hope of earning this bonus.

Corcoran stated at the meeting that, “teacher compensation is going to be a huge component of the agenda going forward.” Given his animus toward teachers, Corcoran will have to produce to be believed.

It’s hopeful that Michael Olenick appeared genuinely concerned about funding teacher raises. Even if Olenick was not sincere, the words were uttered. It’s up to us to hold Corcoran and Olenick to their words.

We must never take our eyes off of Commissioner Corcoran and the Board of Education. For two decades this body has followed a hostile political agenda that has damaged the teaching profession, harmed our schools and hurt our children.

It’s way past time to get out of our “comfort zones.” If there is any hope to reverse this damage, we must answer the call together. Let’s hold these folks accountable for expanding corporate charters and unaccountable private school “choice” instead of making public schools, students and investment in teachers and staff their top priority. Some specific concerns:

*Here’s the sort of the language advocates have been using all along to explain why bonuses are not acceptable, published in the Orlando Sentinel:

Kathleen Oropeza, Orlando Sentinel 100, March 8, 2019 On day two of the 2019 Florida Legislative Session, the Senate Education Committee passed SB 7070, a massive “train bill.” It’s stuffed with weighty items like a radical shift toward using property tax dollars to fund private religious voucher schools — money that’s constitutionally mandated to fund public schools. It grants bonuses, instead of raises to teachers when we’re suffering the worst teacher shortage in the state’s history. A bonus is not a raise. Ever buy a house based on a bonus? There’s more in SB 7070 than I can write about here. Remember, train bills are used when the contents cannot withstand public scrutiny.

To read: Policy & Budget Outlook, FLDOE, Presentation to the Florida Board of Education, July 17, 2019

Join us in this important work.