TAKE ACTION: SB1412 Singles out Miami Dade as the ONLY district forced to share retroactive referendum $$ 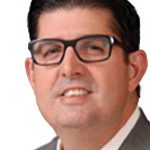 In the height of political pettiness, Sen. Kelli Stargel filed a delete-all  amendment to  SB 1412 by Sen. Kelli Stargel after 10P last night. It makes Miami-Dade the ONLY district forced to retroactively share its referendum money with charter schools. We’re talking $48 million. Manny’s employer, Academica will receive $24M of that. Talk about a payday!

ALL districts will have to share ALL future referendum dollars raised to increase discretionary property taxes.

Call, write, tweet your Senator and tell them to VOTE DOWN THE ENTIRE BILL. SB 1412 ROBS VOTERS OF THEIR VOICE.

STOP the high-stakes games now! This is our money being weaponized against our school districts by people we elected. How bad does it have to get? Be a #PublicEdVoterFL.

Miami-Dade is not called out by name in SB1412, instead it is opaquely referenced in the amendment under Florida State Statute Title XI, Chapter 125, section 11 (Definitions 125.011) because of its status as a Home Rule Charter County.

(1) “County” means any county operating under a home rule charter adopted pursuant to ss. 10, 11, and 24, Art. VIII of the Constitution of 1885, as preserved by Art. VIII, s. 6(e) of the Constitution of 1968, which county, by resolution of its board of county commissioners, elects to exercise the powers herein conferred. Use of the word “county” within the above provisions shall include “board of county commissioners” of such county.