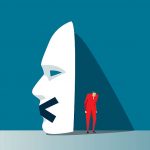 School safety is important. But in our desire to make everyone safe, what are we giving up? One could argue that no one gave up more than the students of Marjory Stoneman Douglas, yet they are being shut out of providing input by the very Marjory Stoneman Douglas High School Public Safety Commission established to prevent future tragedies.

Students were determined to testify at the last Commission meeting before the start of the 2020 Legislative Session. They drove a great distance to Orlando, paid $32 dollars to park only to find out that the Commission adjourned almost three hours early, effectively shutting down student input. It’s no wonder the Southern Poverty Law Center has filed a lawsuit. If the Commission won’t listen to students, what’s their reason for being?

“After finding out I would not be able to speak at the meeting, I was infuriated,” said plaintiff Kinsey Akers, a Florida high school junior and member of March for Our Lives Florida. “I could not believe the Commission would go to such a measure to silence the people they claim to be protecting. But I will not be silent.”

Take a look at who serves on the Marjory Stoneman Douglas High School Safety Commission. There are no students. Read the Southern Poverty Law Center’s complaint here.

As reported in the Sun Sentinel: “March for Our Lives Florida and two other groups on Wednesday sued the Marjory Stoneman Douglas High School Public Safety Commission over alleged violations of Florida’s public-meeting laws.

The complaint, filed by the Southern Poverty Law Center on behalf of the groups, focuses on an Oct. 16 meeting at a Central Florida resort.

The groups — March for Our Lives Florida, Dream Defenders and the Florida Student Power Network — argue that holding the meeting at the Omni Orlando Resort made it difficult for youths to attend because it was inaccessible by public transportation, offered costly parking fees and was held on a school day when the SAT test was being administered.

Also, the groups argue the state commission, which was created by the Legislature after the 2018 mass shooting at Marjory Stoneman Douglas High School in Parkland, abruptly changed the time for people to give public testimony.

The schedule change, the groups contend, denied the youths their right to publicly address the commission.

“I could not believe the commission would go to such a measure to silence the people they claim to be protecting. But I will not be silent,” plaintiff Kinsey Akers, a high-school junior and member of March for Our Lives Florida, said in a statement released by the Southern Poverty Law Center.

Under Florida’s open meeting laws, the commission is required to hold meetings that are open to the public and in locations that do not exclude people based on their economic status, the Southern Poverty Law Center said.

The plaintiffs seek a court order requiring the commission to comply with open-meetings laws and want to prevent the commission from making further recommendations to the Legislature without providing the youths an opportunity to make comments that were denied at the October meeting.”