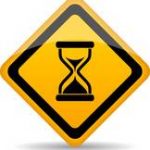 On Wednesday, March 13, 2019 in the Senate Education Committee, two public education advocates from both ends of the political spectrum stood in opposition to SB 226 by Sen. Brandes which seeks to expand the unproven, undocumented five county Competency Based Education program to all 67 counties. The five year pilot is only two and a half years old and the state mandated annual report contains zero data and no proof of its success. All committee members voted yes.  If that doesn’t smell like a horse trade, what does? If we don’t speak against these bad bills, who will? These are times that require us to document and expose.

SB226-Mastery/Competency Based Education by Brandes

The Tea Party Network and FL Stop Common Core opposes the expansion in SB 226 of the Mastery/Competency Based Education Pilot Program to all 67 districts, not only because zero data exists showing its effectiveness in any of the pilot counties, but also because of the clear evidence that it failed in Lake County, one of the original pilot districts. Lake County experienced a significant drop in graduation rates and the high school participating in the pilot saw its school grade drop from a B to a D. Bill Gates, who funded Lake County’s Mastery/CBE effort has since admitted that, in general, education technology has not improved academic performance.

Data collection, including psychological data, in Mastery/CBE is extensive and occurs without parental consent. Even the FBI is issuing warnings about the privacy dangers related to education technology. Other Mastery/CBE problems include:

In short, there are numerous empirical and fiscal reasons not to expand the Mastery/CBE learning pilot to all 67 counties at this time, if ever. SB 226 is great for vendors but harmful to students, please vote it down.  – Testimony of Catherine Baer

Common Ground stands opposed to the expansion of SB 226 Mastery/Competency Based Learning to all 67 districts for the following reasons:

For these reasons, we oppose SB 226, Mastery/CBE which is nothing more than an incomplete pilot lacking any proof of success. We urge you to stop experimenting on our students and move to complete the pilot with data transparency. Vote no on SB 226 and the expansion of Mastery/Competency Based Education at this time. – Testimony of Marie-Claire Leman