The Florida legislature set a dangerous precedent this year. One that will no doubt be repeated in GOP-controlled states across the nation. 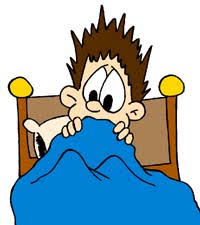 Speaker Richard Corcoran and Senate President Joe Negron under scrutiny from Gov. Scott negotiated every major public education policy into HB 7069 and designed the K-12 budget under a transactional cloak of darkness – locking out everyone but themselves. Each man had his own rigid demands heavily supported by outside influence. Senators and Representatives were rendered so insignificant they should have stayed home.

Scott wanted funding restored to Visit Florida ($86M) and Enterprise Florida ($75M), a corporate incentive slush fund. Negron wanted funding and changes to higher Education and a reservoir near Lake Okeechobee. Corcoran wanted to enact a sweeping assault on public schools setting up Florida to be the poster child for the privatizing “choice expansion” soon to be rolled out by U.S. ED Secretary DeVos. To coerce passage, they included mandated recess and the Gardiner ESE voucher expansion, both bills that would have passed on their own. Politicians have used Florida’s public school children either as collateral or an “acceptable loss” for far too long.

As a result, HB 7069 emerged eligible only for a single up/down vote. No debate.

Derivative of 55 other bills, the only supporters of HB 7069 were the Koch Bros, Jeb’s Foundations and the charter industry lobby. Without exception, legitimate parent groups, who sent over 150,000 letters, joined stakeholders ranging from teachers to districts and superintendents in opposition of this bill.

Thanks to HB 7069, even highly effective teachers are no longer sure of a job the following year. Florida politicians consistently talk about placing the best teachers in Title 1 schools where they may no longer be ranked “highly effective.” The Best & Brightest Bonus expansion in HB 7069 effectively punishes these teachers. As a result, politics are stifling the ability of teachers to serve at risk students by denying even the smallest gesture of job security.

Every public education advocate in the nation should be concerned about what Florida is doing. The state’s longstanding 3:1 ratio of GOP to Democrats makes political balance impossible. This session, Speaker Corocran made no attempt to hide his contempt for public education. He began by calling teachers “downright evil, crazy, disgusting and repugnant.” HB 7069 disrespects the authority of duly elected school boards by forcing them to share their only capital outlay money with corporate charter chains. In addition, the state gives charters up to $100M per year from Public Education Capital Outlay funding derived from a telecommunications tax. Districts never see a dime!

Of course, Corcoran accuses them of whining, “It’s their bloat, inefficiency and gross over-spending. Their problem is their mismanagement…They just want to build Taj Mahals.”  This deception ignores the fact that the Florida legislature has refused to invest any additional funds in K-12 education since 2008. Gov. Scott is proud that the 2017 budget includes a paltry $100 extra per student for just one year. Thanks to HB 7069 that money is already spent on new students, making up for lost capital funding and attempting to rescue programs that will be cut due to the shift in Title 1 expenditures.

Perhaps the worst policy found in HB 7069 is the $140 million dollar “Schools of Hope” which forces districts to either immediately close “D” and “F” schools or permanently hand them over to for-profit charter chains with zero history of successfully mitigating the impact of generational poverty. There’s no guarantee that these struggling students will actually attend a “school of hope.” This program is designed to escalate the takeover of district schools by a corporate charter chain. Further, legislators purposely ignore proven public school successes such as the Evans Community School in Orlando.

People are angry about HB 7069. All indications are that it will be an issue in the 2018 mid-term elections. Sen. Gary Farmer is mulling over a lawsuit concerning the legality of using legislation to strip constitutionally granted authority from school boards.

Gov. Scott chose to sign HB 7069 at an ESE Catholic School knowing that DeVos intends kill the separation of church and state and pursue publicly funded vouchers for religious schools.  Knowing that intent might not be well received, Scott used the expansion of the Gardiner ESE voucher as a beard to avoid praising the divisive contents of the bill. The Gardiner ESE voucher is another corporate tax credit that forces recipients to leave the state K-12 school system, giving parents the ability to choose an education for their child devoid of standards or any accountability. Make no mistake this program encourages mission creep toward Jeb and Betsy’s dream of universal vouchers. And some form of ESE voucher will be coming to your state, if it hasn’t already.

Jeb, along with the Milton Friedman Foundation and a formidable slew of “Return on Investment” billionaire philanthropists ranging from Bill Gates to Betsy DeVos share a singular view. Instead of truly wanting every child to get an excellent education, they are obsessed with liquidating our greatest public asset for the sake of profit and “choice” ideology.

Study the contents of HB 7069 carefully. This bill was born of secrecy, power-hoarding and deceit. It’s a blatant strategy to pass hostile pieces of legislation that could never be voted up alone. It’s a clear-eyed warning that the profiteers coming to dismantle Florida public schools will not be contained to a single state.

Note: Thank you to Diane Ravitch for posting this piece on her excellent blog.