Florida Political Power by the Numbers 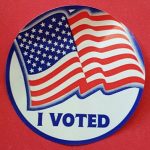 Florida is a trifecta state. This means that the House, Senate & Governor all belong to the same political party. Total Domination. Since 1999. Twenty Years.

Florida Governor: – no chance for veto

National picture: There are 22 Republican, 14 Democratic, and 14 divided states.

Two decades of GOP dominance has left Florida citizens with zero hope of political balance regarding policy, judicial appointments and the power of a gubernatorial veto. This lack of balance effects everyone, regardless of party.

The only antidote? Vote for public education.  The fingers of a robust, high quality, truly equitable system of public schools reach into every level of our society. Nothing else compares. Why in the world would we ever settle for a political machine bent on destroying this glorious public asset?

It’s up to us. We know what we have to do. We just have to answer the call.